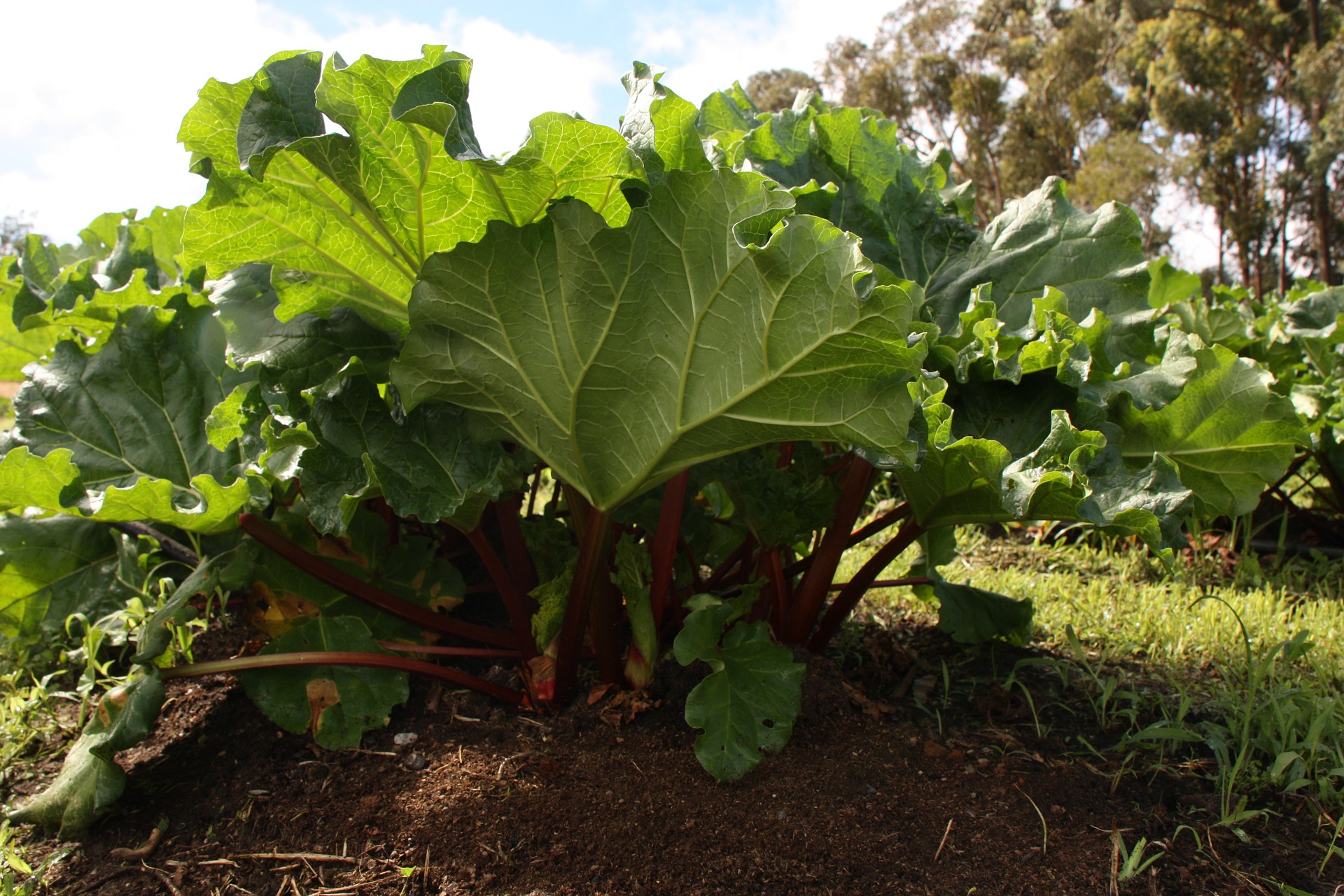 Of course – I also aim for the delicious, sour stalks of the rhubarb. With a few tricks, the vegetables grow as I like them.

While I myself struggle with the cool spring weather, my rhubarb pushes up one thick stalk after the other. As an Asian with a lot of Russian blood in his leaf veins, he enjoys expelling without heat stress. In his high spirits, however, he also pushes large inflorescences upwards. Unfortunately, these are holding back its lively growth. Because I want to enjoy the entire harvest time until June 24th, I remove all flower buds. In order not to seriously injure it, I always do this very early on. I carefully twist off the inflorescence by hand instead of cutting it off.

In the rhubarb luck

Rhubarb grows in partial shade because it doesn’t like sunny places. It takes a little patience before you can harvest it. Only after three years is it strong enough for the harvest. So that it can regenerate, it gets a good portion of compost (10 liters) in autumn or spring. In addition, I fertilize it directly after the harvest season with horn meal or vegetable manure. It is important that the earth at his feet always remains moist. That’s why the large, separated leaves don’t wander on the compost, but I spread them around the rhubarb on the ground. This layer of mulch reduces evaporation. After about eight to 12 years, rhubarb will tire of forming strong stems. When the time comes, I’ll dig it up, divide it up, and plant the little pieces elsewhere in my garden. To a new one!

The rhubarb (Rheum rhabarbarum) belongs to the knotweed family (Polygonaceae) and has fleshy stems with broad leaves. The perennial can grow up to a meter high and with its large leaves up to 1.5 meters wide. There are red and green meat varieties, but the red stems are more popular because they taste mildly tender and contain less harmful oxalic acid (see ingredients). Since the oxalic acid content increases sharply from around mid-June, rhubarb should not be harvested later.

The main rhubarb season is between April and mid-June.

Rhubarb is low in calories and contains many vitamins, including Vitamin C, Vitamin K and the minerals potassium and calcium. The anthocyanins (dyes) responsible for the red coloration of some varieties are secondary plant substances and have numerous health-promoting properties. You can find more information under phytochemicals.

The slightly sour taste of rhubarb is primarily due to the malic and citric acid it contains. The oxalic acid it also contains reduces the bioavailability of calcium in the event of excessive intake. This influences i.a. the bone metabolism negative. Oxalic acid can lead to the formation of kidney stones and can cause gastrointestinal complaints in sensitive people. However, if rhubarb is eaten in normal quantities, this is not a problem. It is advisable to combine rhubarb with foods rich in calcium, such as Combine dairy products. Oxalic acid is mainly contained in high quantities in the leaves, so they should not be eaten. Green-meat varieties have a higher content of oxalic acid.

Only the fleshy stalks of the rhubarb are used. Since the stems grow close to the ground, they should definitely be washed well. If the stems are particularly fibrous, the threads can be pulled off. It doesn’t have to be peeled. Rhubarb should not be eaten raw. It is blanched or cooked in a little water, which also reduces the oxalic acid content. The cooking water should no longer be used. The thinner and more tender the stems, the less time it needs to be cooked.

With its sweet and sour taste and its mostly delicate consistency, rhubarb is ideal as an ingredient in tarts or cakes. The sheet cake with a protein cover and a rhubarb topping is typical. Its fine aroma goes well with sour-spicy preparations with e.g. Fish or meat. As a compote or e.g. As an ingredient in jam, rhubarb can be preserved well. Drinks can also be made from rhubarb such as Juice.

Rhubarb is difficult to store. It should therefore be freshly harvested or bought at short notice and then processed soon. The best thing to do is wrap it in a slightly damp cloth and put it in the vegetable drawer of the refrigerator. But be careful: rhubarb rots and molds quickly – so it is important to keep it air-permeable and only for a few days. Rhubarb can also be frozen – it doesn’t have to be blanched beforehand. Cut into small pieces, possibly peeled, it is then frozen in freezer bags or containers.

When shopping, look for fresh cuts and shiny, firm stems. The thinner the rhubarb stalks, the more delicate the taste and the fewer fibers.