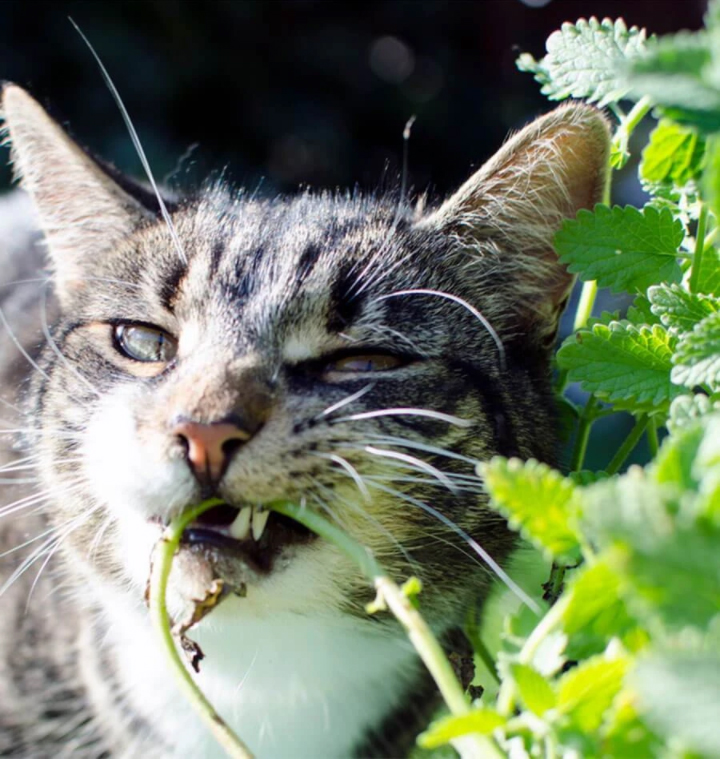 Catnip delights many cats. With the help of a similar herb, matatabi, researchers have now discovered: This has a very meaningful background.

Many cats become ecstatic when they smell the scent of catnip. If you want to do something good for your cat, you should plant such a bush in your garden or buy appropriately scented luxury foods from specialist shops. The house tiger will thank you with devotional rolling and rubbing on the leaves or the toy. Many of these animals seem to get downright high on the scent of the plant.

In addition to European catnip (Nepeta cataria), the Japanese ray pen (Actinidia polygama), originally native to Asia, also has this effect. It is sold under its Japanese name, Matatabi.

But what is it that these two plants have in them that they have such an euphoric effect on cats. And then why this strange behavior? Scientists working with Reiko Uenoyama from the Japanese University in Iwate have now investigated such questions. They published the results in the journal »Science Advances«.

In their study, they came across a possible biological function of behavior: The cats are so enthusiastic about perfuming themselves with the scent of the plant, which in turn repels mosquitoes. Uenoyama’s team followed a hint that the fragrant ingredients were good for repelling mosquitoes. And indeed: tests in the laboratory and in the field have shown that the substances nepetalactone (catnip) and nepetalactol (matatabi) in cat fur reduced the number of mosquito attacks.

The two substances contained in the scent of the plants activate an opioid receptor in cats and thereby trigger the euphoric states. And not only with common house cats – around 70 percent of them are susceptible to the lure of the herb – but also with numerous relatives in the Felidae family tree. Uenoyama’s team observed the same reaction in jaguars, European lynxes and Amur leopards. It therefore seems to be ancestral behavior that is very old, which in turn suggests that it has an important function. Otherwise it would not have been with the various feline species for ten million years.

It remains to be seen why other animal species that live in the vicinity of catnip or matatabi also benefit from the effect. The team now wants to investigate whether one of the two substances can be used to develop an insect repellent that can be used by humans.