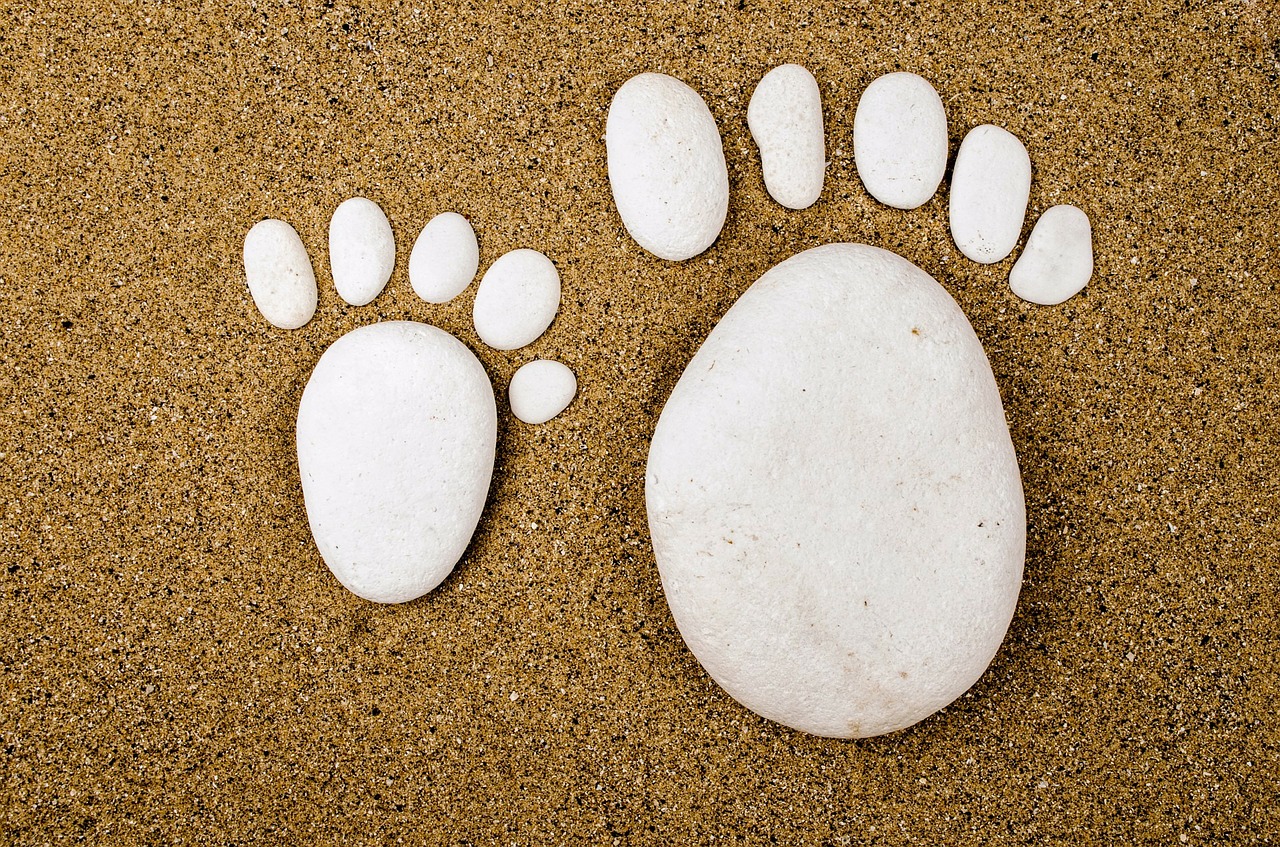 Your own CO2 footprint sounds abstract, but it is very real – and can be influenced individually. According to the Federal Environment Agency, a total of 9,040.7 million tons of greenhouse gases were released in 2019. That is only 4.7 million tons less than in 2018. Not only industry and politics, but everyone can do something to improve these numbers.

The greenhouse gases are the reason for global warming. They are actually a natural part of our air envelope. But human behavior creates what are known as anthropogenic emissions, i.e. additional greenhouse gases. The problem with this is that the gases no longer release the heat that is reflected back from the earth into space, but keep it in the atmosphere. This is called the greenhouse effect.

The greenhouse effect and our carbon footprint

This effect is desired to a certain extent, because only then do we have temperatures on earth that make life possible. However, this natural equilibrium has long been disturbed: the earth is warming up too much and climate change has set in.

According to the Kyoto Protocol, there are six greenhouse gases, one of which is carbon dioxide (CO2). Carbon dioxide has a particularly heating effect on the global climate. This has now been proven in scientific studies. That is why it is all the more important to reduce CO2 emissions as quickly as possible. Each and every one of us can reduce our carbon dioxide consumption through our behavior, because the areas of traffic and energy are responsible for many emissions. And there every inhabitant of the earth can do something.

Each person produces an average of 9.39 tons of carbon dioxide per year. That is a little below the average value of the industrialized nations of around 11 tons. In terms of the whole world, we currently come to four tons per person. However, the global target to combat climate change is only two tons per person. So we live on much too big a climate footing. In order to improve the CO2 balance, we can make a small contribution every day with various measures:

A lot of energy is required in the house. Accordingly, a lot can be done here to improve your own carbon dioxide consumption. It simply starts with energy-saving measures:

But heat is the biggest issue in the house, so good insulation is important first. In addition, a lot of energy can be saved when heating with little change: just one degree difference affects CO2 emissions by six percent. The ideal temperature is 21 ° C. In bedrooms it can still be a few degrees below.

Old heating systems are enormous energy guzzlers, as there have long been much more efficient technologies. That is why replacing the heater is not only a relief for your wallet in the long term, but also for the climate. Because wherever energy is consumed, emissions are generated. In addition, the federal government’s climate package will no longer allow pure oil heating systems to be installed in new buildings from 2026.

The volume of traffic is increasing rather than decreasing worldwide. This is not good news for our climate. Air traffic in particular causes immense greenhouse emissions. In order to reduce your own carbon footprint, you should avoid air travel as much as possible. Smaller distances in particular can also be covered by train. Even long-haul buses are a better choice than airplanes because the emissions are distributed among many passengers. For shorter distances, such as commuting to the office, carpooling and public transport are much better choices to reduce the carbon dioxide balance. The bicycle is of course ideal, because it neither makes noise nor does it cause exhaust fumes.

If you don’t want to do without the car, you can at least use a climate-friendly driving style: Accelerate slowly, brake little, maintain a constant driving speed if possible. In this way you can save up to a ton of carbon dioxide!

We can also go climate-friendly with our diet. The classics are regional products. Because a kiwi from New Zealand naturally has to fly around the world first – and thus produces emissions. Even if the sea route scores significantly better than air traffic or even land transport, this type of transport is by no means low in emissions. Seasonal and regional products with short distances are therefore good for the CO2 balance. Food that comes from your own garden is of course even better. You should also make sure to throw away as little food as possible. Because you are wasting a resource that “cost” carbon dioxide in its manufacture.

Otherwise, you can also pay attention to energy consumption in the kitchen: use pot lids, buy electrical appliances with a good energy efficiency class and do not set the refrigerator too cold. The ideal refrigerator temperature is 7 ° C, for example.