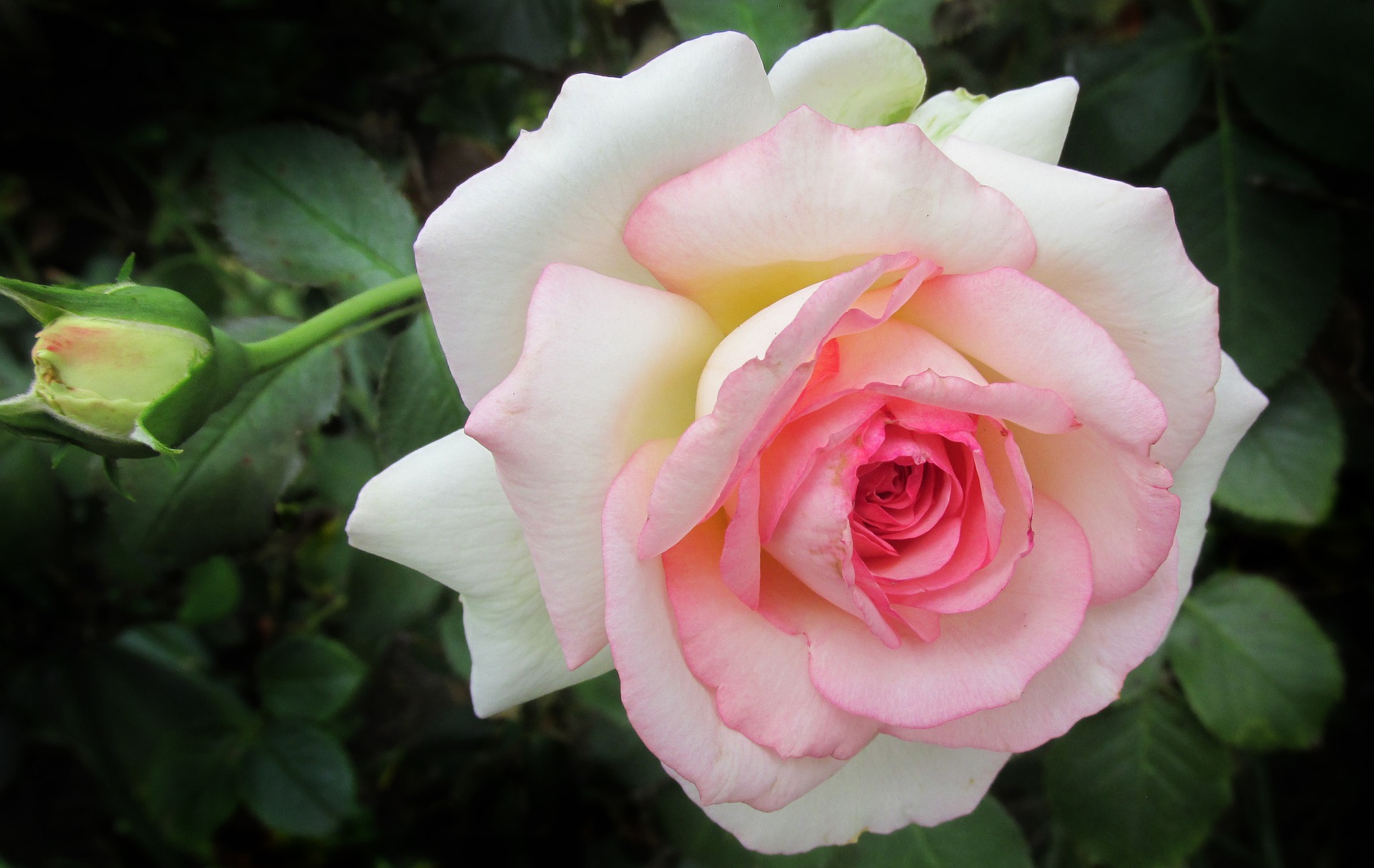 For many garden friends, the professional cutting of roses causes sleepless nights. The work is very easy – if you know how to do it. We explain the right cut for each genus, name the most beautiful rose variety for the discounts and tell you when you should cut roses. If you want permanently beautiful rose petals, you have to cut properly.

Trimming roses properly is very easy – if you know how to do it. Here you can find out everything about the right cutting technique.

When to cut roses

When asked when to cut roses, there is a very defined season. Spring, when the forsythias bloom in the garden – usually late March to early April – is the best time to cut roses. With sharp secateurs you can bring the old bushes into a spring mood. Or trim newly purchased roses: you can plant roses from the cold store until the end of April. Before that, however, they should be stored in water for 24 hours so that the plant can soak up and sprout more easily.

Very important: Do not put any fertilizer in the planting hole of roses, it will burn the roots. Blooming roses are available in containers from May – they can be planted all year round.

Side branches that were full of flowers in summer are cut on two eyes. Every three years an old shoot is removed near the ground.

Wrong: Do not cut too close to the eye or too far away from the eye.

Correct: The cut is made 5 mm above one eye and at a slight angle. So the wound heals quickly.

They thrive on the sandiest earth and do not mind a sunny, hot strip next to the garage entrance or on the south side of the house: embankment rose, gloss rose and potato rose are perfect area cover and can also be used for slope reinforcement. The colorful fruits and the intense autumn colors are particularly pretty.

The ground-covering wild roses are cut down to a hand width. You don’t have to pay attention to the buds, you can also go to work with the hedge trimmer. The plants like to form runners and over time conquer ever larger areas in the garden. Concrete lawn borders or a rhizome barrier as an effective border can help prevent this. You can also cut off runners with a spade.

The big ones like pike rose or dog rose, which are suitable for natural hedges and as a privacy screen in the back garden, are different in growth. You do not cut them at all and thus retain their natural growth character. Long shoots can be shortened in the year after planting. Otherwise, a large branch is cut close to the ground every three years.

As a solitary at the end of the garden or in the background of a large border, shrub roses are indispensable. The single-flowering varieties such as ‘Maigold’, ‘Fritz Nobis’ or ‘Nevada’ surprise with their abundance of flowers. Cultivars that bloom more often such as ‘Gishlaine de Féligonde’, Luc Light Queen Lucia ’or‘ Rosarium Uetersen ’are closer to house entrances or terraces because of their abundance of flowers until frost.

Fertilize roses properly: The same applies to shrub roses as to bed, stem or climbing roses: the better the soil, the more beautiful the flowers. Poor sandy soils should be upgraded with clay. Compost and rotted animal manure enrich the top soil layer.

Single-flowering varieties are trimmed to a hemispherical shape with hedge trimmers in winter. One or two basic shoots are completely removed every three years.

In the following summer, all shoots are cut with hedge trimmers about 10 cm above the winter cut immediately after flowering. In the following winter you cut back to the previous year’s height.

Frequently blooming shrub roses bloom on the new wood. Every year the shrub is cut back to a harmonious framework. Strong shoots stay longer, weak ones are removed completely. Annual shoots close to the ground are cut in half.

Important: roses that bloom more often need more nutrients. So don’t forget to fertilize in spring and after the first burst of flowers. You can read more in the fertilizer calendar.

Due to the processing at lofty heights, tree roses are always something special. In beds close to the house, surrounded by shrubs or summer flowers, they give the garden something aristocratic. Nice varieties are ‘Snow White’, ‘Summer Wind’ and ‘Leonardo da Vinci’.

When cutting the stem rose, you avoid shortening to the base of the crown because it dries too much into the grafting area. In general, the following applies: shoots of hybrid tea roses are cut back to three to five eyes, those of bed roses to five to seven eyes. Old shoots are completely removed.

Compact crowns are the goal of tree roses. The strength of the cut depends on whether a noble, bed or ground cover rose has been grafted. A stable hold is also important. Strong shoots are simply pitted in June for a bushier growth.

The bed roses are characterized by their abundance of flowers – we also include noble and dwarf roses. They work best in large groups. The most beautiful are ‘Aprikola’, ‘Bonica 82’ and ‘Nostalgie’. As with all roses, fertilize for the last time at the end of July for a good frost resistance.

Of all roses, bed, noble and dwarf roses are cut the most: weak shoots are shortened to two to three eyes, strong-growing varieties and shoots to around five eyes.

On the house wall, in the old apple tree or on the privacy screen to the neighboring property: Climbing roses make the verticals bloom and require little space for small gardens. Important to know: In the first year, they grow tall with meter-long shoots. Only in the second year do the flowers appear on short side shoots.

The more horizontally the shoots are distributed on the trellis, the more flowers come out. Nice varieties are: ‘Bajazzo’, ‘Ilse Krohn Superior’, ‘Sympathie’ and ‘New Dawn’. When planted, the roots point away from the wall – at a distance of 40 cm.

Side branches that were full of flowers in summer are cut on two eyes. Every three years an old shoot is removed near the ground. Then the climbing rose is arranged horizontally on the trellis. A summer pruning of faded things brings a new pile after six weeks.