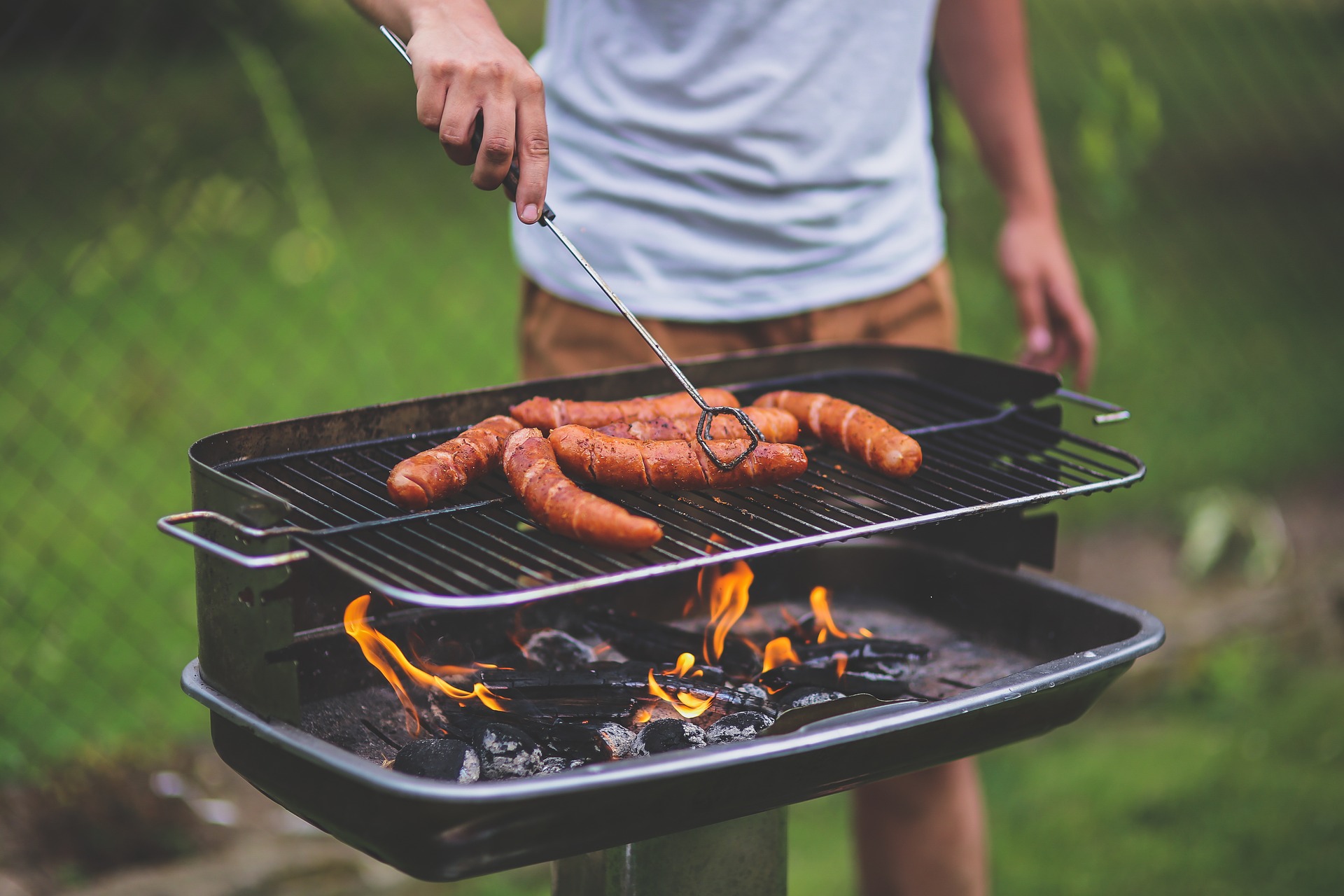 Most people associate summer with a sociable evening and delicious meat and vegetables on the grill. But there are dangers lurking here if the fat catches fire or if the grill is bumped into at a careless moment and tips over. We show how users can react quickly with a fire extinguishing spray and prevent worse things from happening. We also explain other advantages of the fire stop spray.

Dangers when grilling – avoid fires and extinguish them quickly
Grilling is one of the most popular summer activities. According to Statista, 97 percent of those surveyed said they like to grill (as of 05/2019). However, there are dangers lurking in handling grills, lighters and the like. Because deflagrations, high flames and fires can occur faster than you think. It is often sufficient if the grill is only not observed for a short time.

Dangers when grilling – this is how most fires start

The greatest fire potential is with a charcoal grill. Because real fire is necessary for grilling fun and the barbecue. An electric grill, on the other hand, offers the highest level of safety, as there is no source of fire here. Alternatively, grill masters can opt for a gas grill. In contrast to the charcoal grill, the flames of the latter can be easily regulated and switched off if desired.

The main fire hazards when grilling with a charcoal grill are:

Advantages of the fire extinguishing spray

In all of the scenarios described, people should extinguish the developing fire quickly to prevent worse. In contrast to smoke alarms, there is no obligation for fire extinguishers. It is therefore up to the individual to decide whether precautions are taken to extinguish a fire or whether it takes a long time for the fire brigade to arrive, for example.

Conclusion on avoiding dangers when grilling with a fire extinguishing spray

Overall, users can minimize many dangers when grilling by using them responsibly. This includes, for example, that the grill is in a safe and level place where it is difficult to tip over. In addition, barbecues should only take place outdoors: there is a risk of carbon monoxide poisoning in apartments and houses.

As a preventive measure, grillers should keep a fire extinguishing spray within easy reach, e.g. B. the fire stop recommended by us. This offers a real alternative to an often bulky fire extinguisher. Users can easily position the spray near the grill area and react quickly in an emergency. The extinguishing itself is intuitive and can be done at a sufficient distance from the fireplace. This is useful because it prevents further burn injuries.

Note: A fire extinguishing spray is suitable for extinguishing incipient and initial fires – but it is not a substitute for fire brigades. If the fire spreads too quickly and high flames arise, the fire brigade must always be alerted. In the event of burn injuries, the ambulance service. Extinguishing sand and a fire blanket complete the precautions so that users can extinguish the fire quickly and fight the flames.