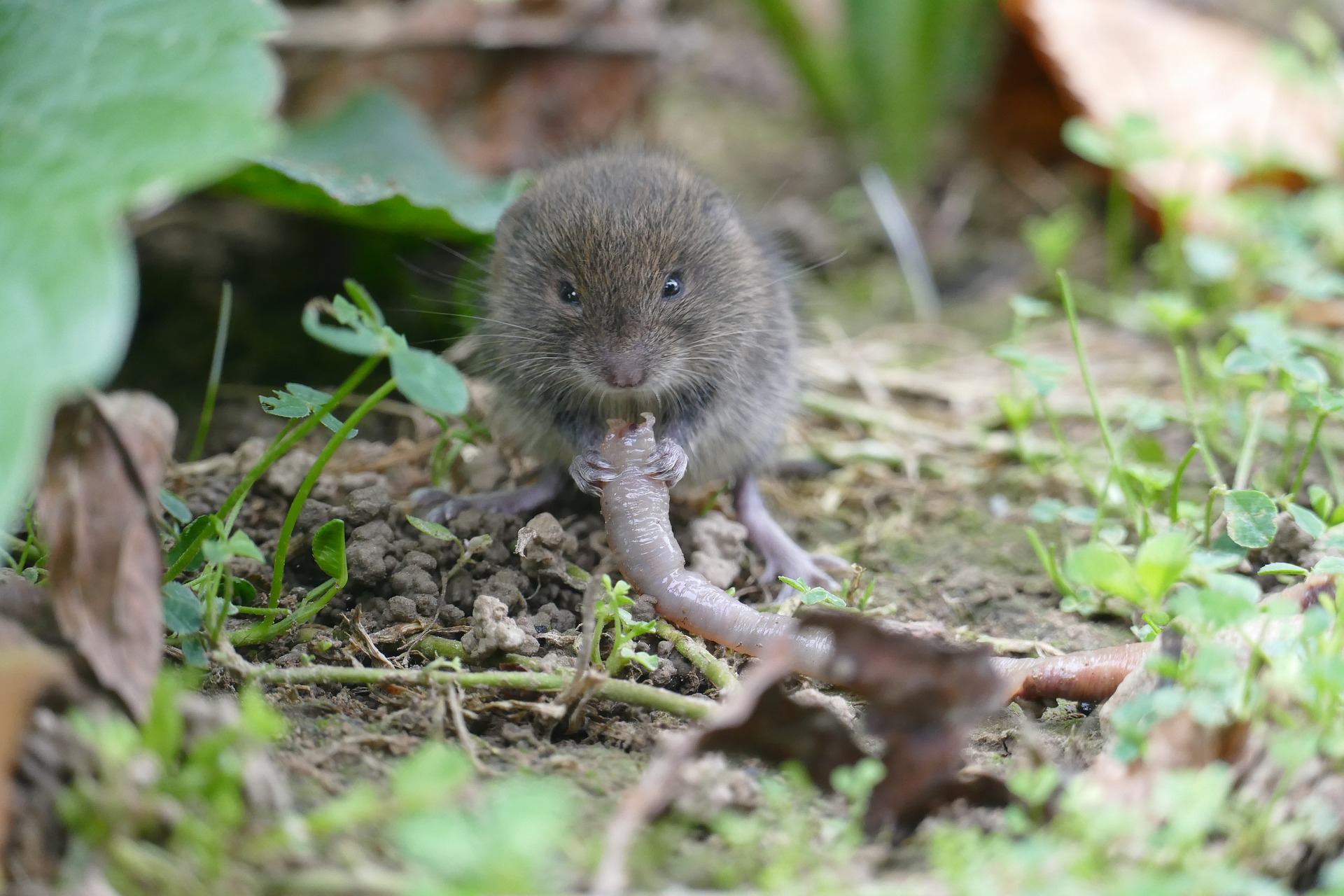 When to fight voles

The voles (Arvicolinae) include over 150 species, including the muskrat or the lemmings. The ideal time to fight vole is autumn or spring. Before the long cold period, rodents are looking for food supplies and respond well to bait. In early spring, the animals are particularly hungry after hibernation and are easier to lure into a fragrant trap.

Voles create extensive gait systems underground or use moles dug to move. On their way they eat everything they can get their teeth on. If a rapid multiplication of voles is prevented by targeted control in spring, future damage to the roots of young fruit trees, berry bushes and the root and tuber vegetables are avoided.

Voles are able to undermine entire gardens and do not stop at the well-tended lawn: voles interrupt the contact between the ground and grasses and just one animal is enough to destroy entire bed cultures.

Drive voles out of the garden

Voles look cute, but are among the most unpopular pests in the garden. Once the rodents have made themselves comfortable in the garden, you won’t get rid of them that quickly.

The small vegetarians form their tunnel systems below the garden surface and eat all roots, plants and fruits. The result is irreparable root damage to useful and ornamental plants. In addition, the rodents multiply very quickly and can whiz through the underground garden unhindered, which makes effective combating difficult.

Learn interesting facts about possible natural or chemical pesticides as well as different types of traps for effective vole control in your own garden. 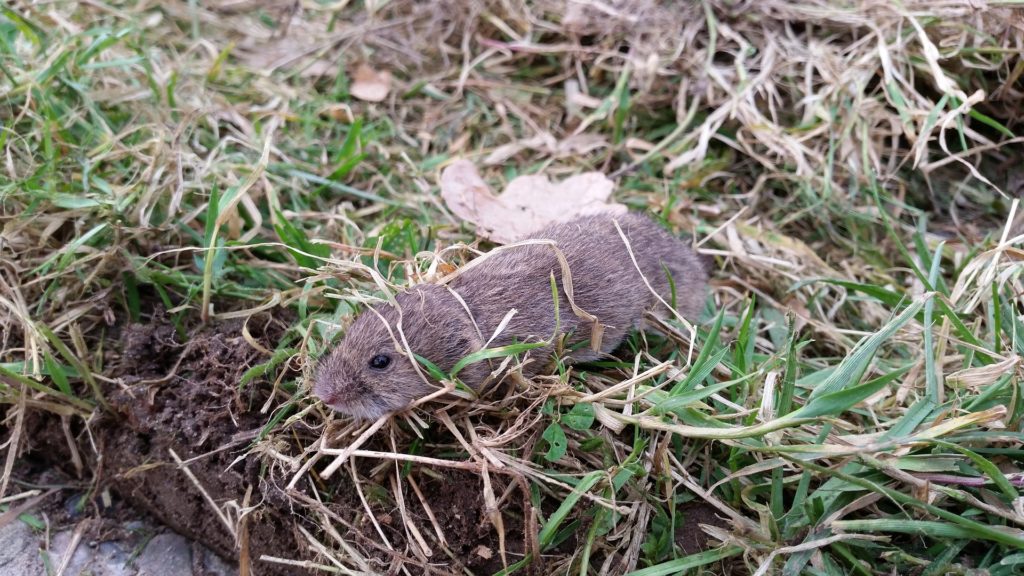 For targeted control of rodents, it is important to determine whether it is a vole infestation or a mole in the garden. In contrast to the mole, the vole is not protected by the Federal Species Protection Ordinance and may be caught, distributed or even killed. Clear exclusion is therefore absolutely necessary.

Molehills are primarily a visual problem for garden owners. They should be removed and leveled. Voles, on the other hand, do great damage. You can use a few clues to distinguish the construction of a vole from the mole’s home:

Molehills are quite high and the hole is in the middle. If the heaps of earth come from vole, the holes are laterally offset. The churned earth material is much lower and often contains roots and parts of plants.

The simplest method of unambiguous identification is to dig up the entrance, experts speak of a bump test. If the tunnel entrance is closed again within the next hour, the vole is the residents.

Field mice also show a similar behavior. A reliable differentiation between field mice and voles is possible through the open holes that remain when a field mouse occurs. Vole are always ravaged by voles. 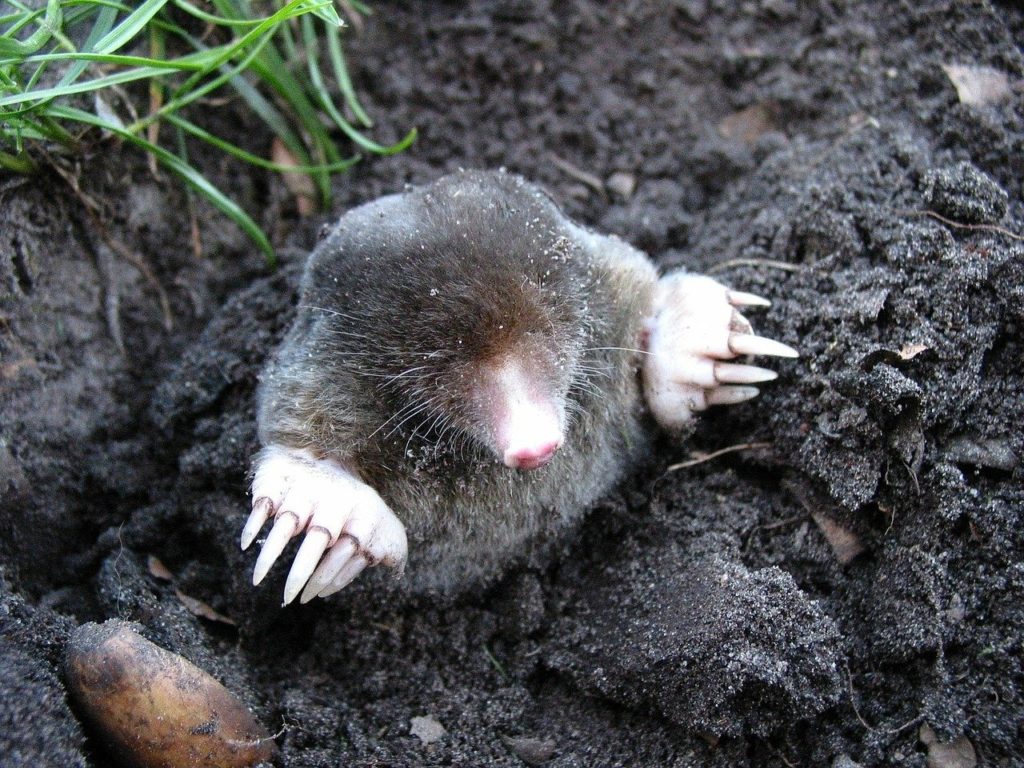 Chase a vole with a mole freak

Voles have sensitive hearing. Hobby gardeners take advantage of this fact and rely on the so-called mole freak.

This device is not only very good for fighting moles, but also sells voles in an animal-friendly and effective manner.

The mole freak converts vibrations into sound waves that are emitted into the tunnel system 3 times a minute. Let the mole freak stuck in the ground for several weeks to permanently chase away all the burrows.

Due to the small effective range, several devices are set up in the garden. Garden enthusiasts can use environmentally friendly solar devices here.

Tip: Alternatively, you can drive long metal rods into the ground and hit them vigorously several times a day.

Voles have a strong sense of smell. Therefore, rely on natural pesticides with an intense fragrance: imperial crowns, daffodils, garlic, elderberries or catnip all contain fragrances that have a deterrent effect on rodents.

Lay out the scents at the tunnel entrances as a natural barrier. Over time, the rodents will avoid the exits and look for a new place to stay. However, there is no guarantee that these natural remedies will work. Here gardeners rely on subjective experience.

Butyric acid from specialist retailers is more effective. This is placed on kitchen paper and then distributed in the tunnel system. As a cheap alternative, amateur gardeners swear by fermented buttermilk. The unpleasant smell of the products expels the voles.

Other special products that target the animals’ sensitive sense of smell are available from specialist retailers. 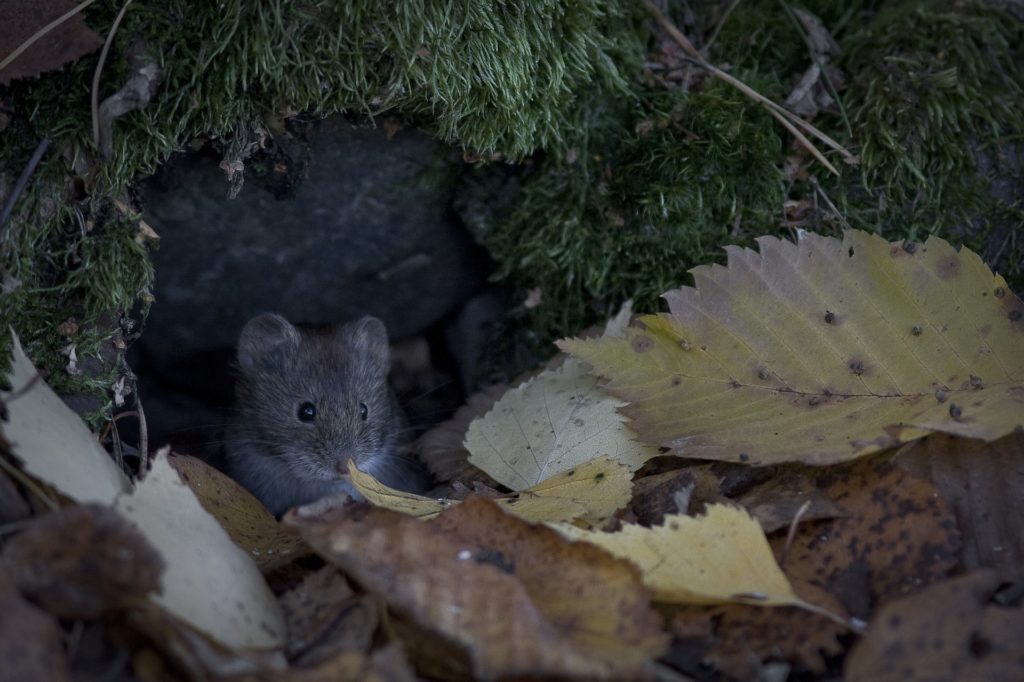 The easiest way to fight voles in the garden is with special vole traps. The traps are constructed differently and must either be used in the corridor or placed in front of the entrance to the tunnel system. A straight section of the still used vault exit or a trap at each visible exit and entrance is optimally suited.

The rodents are attracted with pieces of fruit or vegetables. Therefore, the bait traps are only effective when the voles are particularly hungry, which is true in winter and spring.

Wire or pliers traps are used in the tunnel. These traps kill the animals with a mechanical blow if a special clamping device is triggered by movement.

Box traps from the specialist market, on the other hand, serve as live traps and are set up in front of the entrances. As soon as the animals enter the wooden or plastic box, the gates close and the mouse is trapped. The crate can now be easily carried away, ideally release the captured animal in a distant and unused piece of forest.

1. Use an inhabited vault. Since the animals keep their gait system closed at all times, make the test first: If an opening is dug up again within an hour, the location is optimally suited for the design of the trap.
2.The vole can be put off by human smell, so do not touch the trap with your bare hands, but always wear gloves.
3. Bait only works in winter when natural food sources are scarce. 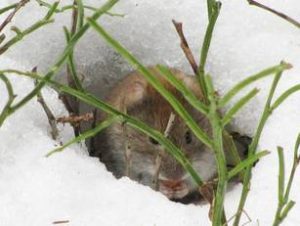 If environmentally friendly and animal-friendly strategies do not lead to the desired success, you can lay out professional poison baits with the active ingredients zinc phosphide or Wafarin. When the toxins are finally eaten, the voles die a short time later.

The effect of poison gas is controversial because it spreads poorly throughout the tunnel system. In addition, this method should only be carried out by exterminators, since the use of poison gases represents an unnecessary environmental pollution and a potential danger to humans and animals. It is particularly important to ensure that all entrances to the tunnel system are hermetically sealed.

Warning: Do not use poison baits if pets or children could be in the garden.