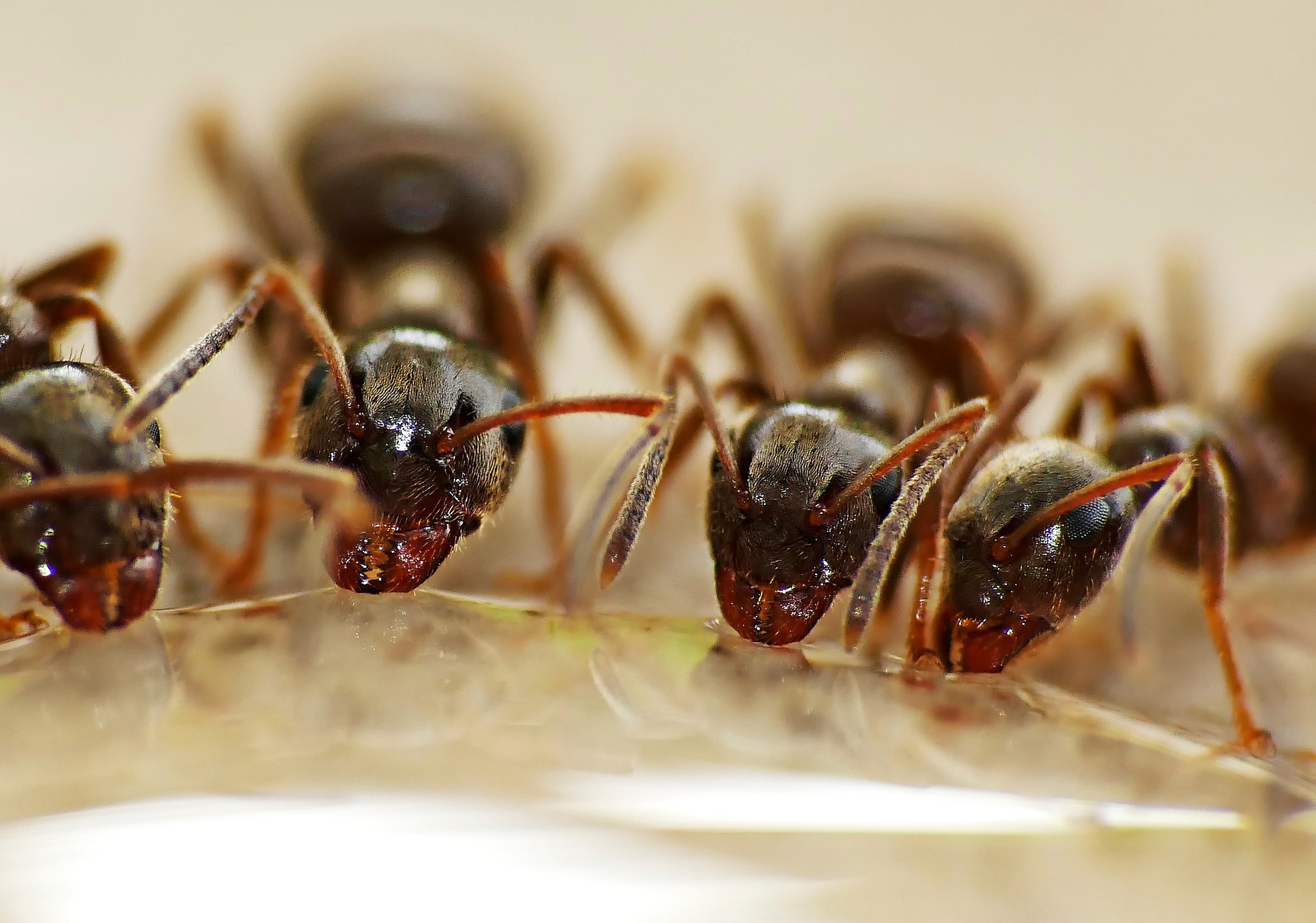 Actually, ants are not dangerous to humans. Nevertheless, you can become a real nuisance in the house and apartment. We explain what you can do about it!

Ants in the apartment? Is it crawling in the kitchen or in the living room? Don’t panic – you can use a few tricks to contain the plague. First, you should find out why the insects got into your four walls in the first place and what attracted them. Then you can decide how best to get rid of the ants. We answer the most important questions on the topic.

Why do ants come into the apartment?

There are various causes of an ant infestation in a house or apartment. There are usually two reasons for the new roommate:

The first possibility is the most likely. In most cases, the storage pests are looking for food, which is why they have invaded the living space. In doing so, they form so-called “ant trails”, which they mark with scents and thus draw the attention of their fellow species. The paths can lead through gaps in the house wall and through leaky windows and doors.
Most of the time, the ants target foods that contain sugar or protein. It is rare for ants to actually nest in apartments or houses.

In general, ants do not pose a threat to humans. Rather, insects are useful animals that loosen up the earth with their passages. They also enrich the soil with fertilizer. The bites and stings are still painful to humans and can cause skin irritation.

In the worst case, the insects crawl into electrical devices, which can lead to a cable fire. Particular caution is required in the case of allergy sufferers; a doctor should be contacted if there are any reactions.

How to fight ants in the house and apartment without chemicals

In order to protect the environment – and also your own health – chemical agents and biocides should be avoided when the ant plague is contained. Older, sick or pregnant people as well as babies in particular can suffer a lot from the use of chemical insecticides on contact. In addition, the agents pollute the groundwater and thus damage the environment.

Baking powder, herbs, chemicals: what helps against ants in the apartment?

A tried and tested home remedy is to sprinkle with baking soda to help control the ants. Biologists have also confirmed that this method is effective. The disadvantage: as the baking powder swells up in the ants’ belly and causes them to burst open, the animals are unnecessarily tortured. There are also more animal-friendly options:

If all attempts fail, a professional pest controller can take action against the ants in an emergency. However, you should discuss with them in advance that no dangerous insecticides are used.
It is also important for pet owners to keep the food bowl clean at all times. The leftover food in the bowl can attract ants.

Does the landlord have to remove ants in the apartment?

Who does something against the plague of ants in the apartment in a tenancy? Here, too, the first thing to do is to find the cause. As a general rule, the culprit is the insect infestation. Usually the tenant is responsible, as in most cases the ants are looking for food sources in the apartment. Therefore, the tenant should remove them and make sure that the ants disappear again.

In exceptional cases, however, the insects may have chosen the apartment as a suitable place to build a nest. This is often due to structural defects in the building. Then the landlord should be informed immediately. He is then obliged to determine the situation and repair the damage. If that does not happen and the apartment cannot be used due to the infestation, this can be a reason for a rent reduction.