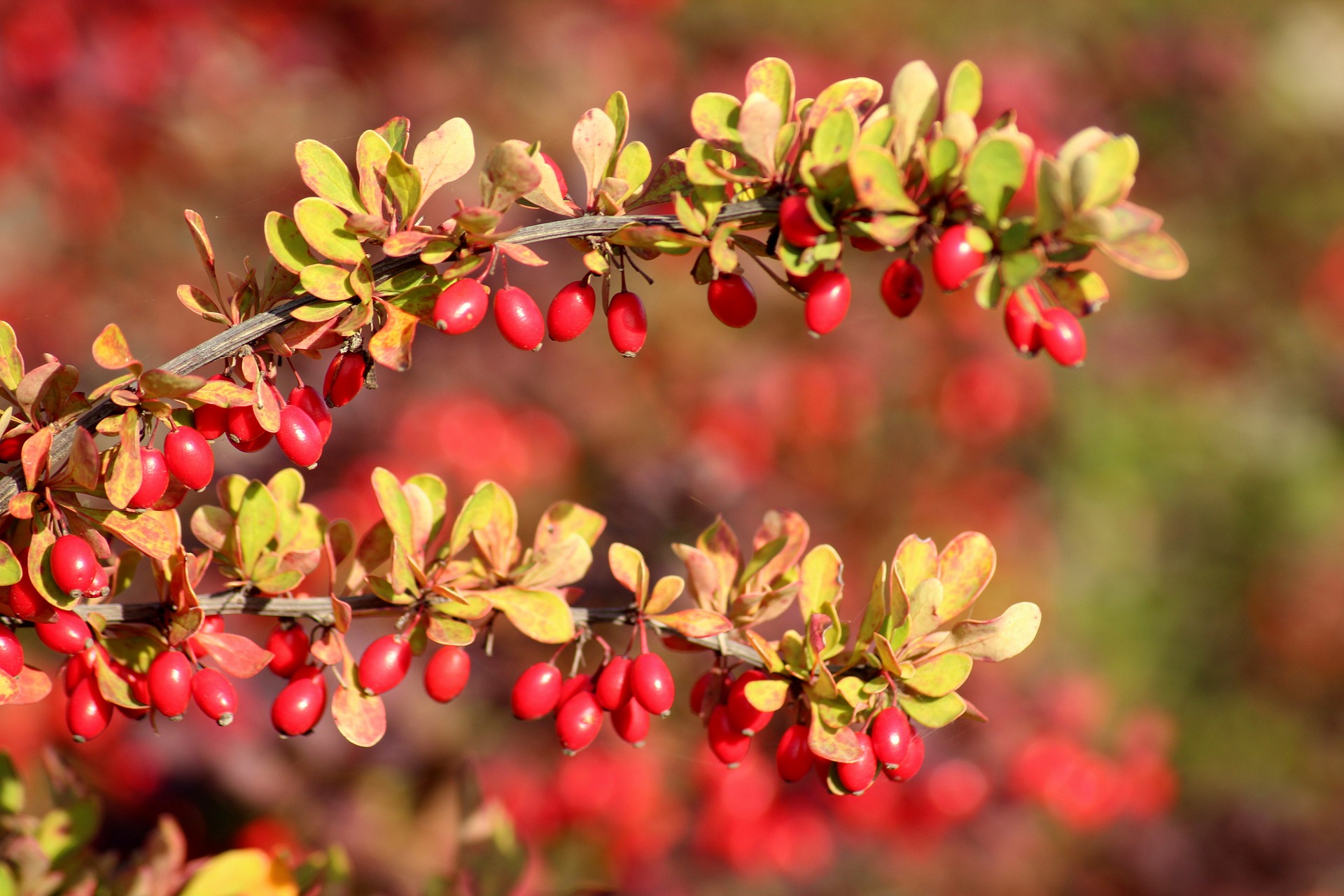 Hedges with blossoms are much more attractive as privacy screens than bare fences and walls. We introduce you to the top 12 hardy flowering hedges for the garden.

When you think of hedges, you often think of the picture accurately in the form of cut, green hedge plants. No wonder, after all, classics like arborvitae (thuja) or false cypress (Chamaecyparis lawsoniana) are still among the most popular hedges today. But if you don’t feel like the same green hedges, you don’t have to do without the privacy screen: Blooming hedges are great eye-catchers in the garden. In particular, their changeability, with which they present themselves anew from season to season, offers the variety that many gardeners miss in evergreen hedges. In addition, blooming hedges are also an asset to the biodiversity in the garden. The flowers often attract numerous beneficial insects, while birds like to use the hedges as a retreat. We have put together our twelve favorite hardy hedge plants with flowers in this list for you.

If you don’t feel like boring green hedges, you should definitely take a look at the bladder spar (Physocarpus opulifolius). The Diabolo ’bladder spar, for example, is eye-catching with its blood-red leaves that appear almost black in sunlight. From May to June in particular, the flowering hedge forms a dramatic climax when the creamy white flowers open. The red-leaved ‘Diable d’Or’ or the yellow-leaved Dart’s Gold ’variety also impress with their flowers and foliage color. The bladder spar is particularly popular because of its absolutely easy-care nature: the flowering hedge is not only hardy, but also very robust and, with a height of up to three meters, forms a reliable privacy screen in summer.

Thanks to its robust nature, the blood currant (Ribes sanguineum) is particularly suitable for a free-growing flowering hedge. So the plant hardly needs any care except for regular watering. In addition, the blood currant is particularly hardy as a flowering hedge. Thanks to its dense branching and a height of up to two meters, the plant is also suitable as a privacy screen. The pretty red flowers of the plant show up from April to May and not only attract everyone’s attention, but also magically attract insects. As an ornamental form, the blood currant uses only sparsely edible fruits, which have a very sour taste and are therefore very unpopular with humans. Birds, on the other hand, enjoy the berries and like to use the hedge as a source of food.

It is probably one of the best-known flowering hedge plants: The box-leaved barberry (Berberis buxifolia ‘Nana’) has become increasingly popular, especially recently, because it is considered a good and robust substitute for boxwood. The barberry is particularly suitable for smaller hedges because it is very hardy and easy to cut. In May, when the evergreen, blooming hedge shows its golden yellow flowers, it even trumps the boxwood: The flowers are real insect magnets that attract beneficial insects of all kinds. The spherical, black and blue berries, on the other hand, are often eaten by birds.

With its intense smell, the noble lilac (Syringa vulgaris) is a welcome guest in many gardens that not only flatters the nose. As soon as the shrub shows its blue-violet flowers in May, the plant also turns into a real feast for the eyes. Anyone looking for an easy-care flowering hedge will make the right choice with the uncomplicated and hardy noble lilac.

A strong scent of jasmine and an impressive abundance of flowers – no wonder that the common pipe bush (Philadelphus coronarius) also bears the name false jasmine. Especially the intense scent of the white flowers, which show up from May to June, makes the flowering hedge a popular garden dweller. Beneficial animals also love the common pipe bush – it is not for nothing that it is one of the bee-friendly bushes. As part of a flowering hedge as a privacy screen, the common pipe bush is ideal: it can reach impressive heights of up to four meters in a relatively short time and is particularly attractive with its slightly overhanging growth and matt, deciduous leaves.

Between May and June the Kolkwitzia (Kolkwitzia amabilis) impresses with its light pink, slightly shimmering flowers. The romantic shine of its pastel-colored flowers even gave the flowering hedge the pretty nickname “mother-of-pearl”. But the Kolkwitzia is not only a treat for the eyes – when the hedge is in bloom, it gives off a pleasant smell in the garden, which also attracts numerous beneficial insects. Thanks to its rapid growth, which can be around 30 centimeters per year, and its particularly robust nature, the flowering hedge is ideal as a quick and easy-care privacy screen in summer. In winter, however, it is less suitable as a privacy screen, because the flowering hedge is hardy, but slowly loses its leaves in autumn after a pretty autumn color.

If you want to talk about flowering hedges, you cannot ignore the may flower bush (Deutzia gracilis). As the name suggests, the may flower bush shows a lush pile of star-shaped, small flowers from May to June. During this time, the white flowering hedge fills the garden with a pleasantly sweet scent that also attracts numerous bees. With a maximum height of one meter and its robust nature, the deciduous plant is particularly suitable for creating a small, flowering hedge.

For many people, roses (pink) are a must in the garden. Few people know that roses can also be wonderfully integrated as privacy screens in the garden. In fact, flowering hedges made from wild roses, such as the potato rose (Rosa rugosa) or the sand rose (Rosa mollis), are a great alternative to common hedges. The numerous flowers, the flowering time of which can vary greatly depending on the variety, attract not only people, but also numerous insects. In fact, wild roses provide a good nutritional basis for all kinds of beneficial insects – in contrast to the common cultivated roses, which are often useless for insects due to their double flowers. In late summer, the flowering hedge will also delight you with the healthy rose hips, which people and many bird species enjoy equally.

Those who value not only a nice privacy screen, but also practical use, cannot ignore the blackthorn (Prunus spinosa) when choosing their hedge. The sloe, as the flowering hedge is also called, not only impresses with its numerous flowers from March to April, but is also extremely insect-friendly. In addition, the white flowering hedge gives off a pleasant, sweet smell. From late autumn, edible stone fruits appear on the blackthorn, which can be harvested after the first frost. People particularly like liqueurs or jams made from the tart, aromatic fruits, while birds like to steal the berries straight from the tree. The deciduous blackthorn is particularly popular in near-natural gardens, as it is not only an important tree for feeding bees and protecting birds, but also provides reliable privacy protection thanks to its height of up to 5 meters and its dense growth.

It is a real insider tip among the flowering hedge plants: the perennial hibiscus (Hibiscus moscheutos) impresses with huge, bell-shaped flowers from July through October. The white, pink or red flowering hedge not only attracts people’s eyes, but also attracts numerous insects. Thanks to its bushy growth, the evergreen flowering hedge is perfect as a privacy screen for the balcony and garden. In contrast to other hibiscus varieties, it is particularly hardy: an established perennial hibiscus can withstand up to -30 ° C. Only young plants need light protection from the weather in winter.

Hardly any flowering hedge plant is as popular as weigela (Weigela florida): The indestructible permanent bloomer is considered to be particularly easy to care for and is one of the few hedges that bloom almost all year round: From the end of April the white to pale pink flowers open and bloom until in June tirelessly. But even in July and even until the first frost, there are always isolated re-blooms. With a height of up to three meters, the weigela is wonderfully suitable as a privacy screen – but you have to cut the weigela, preferably regularly, otherwise it tends to age.