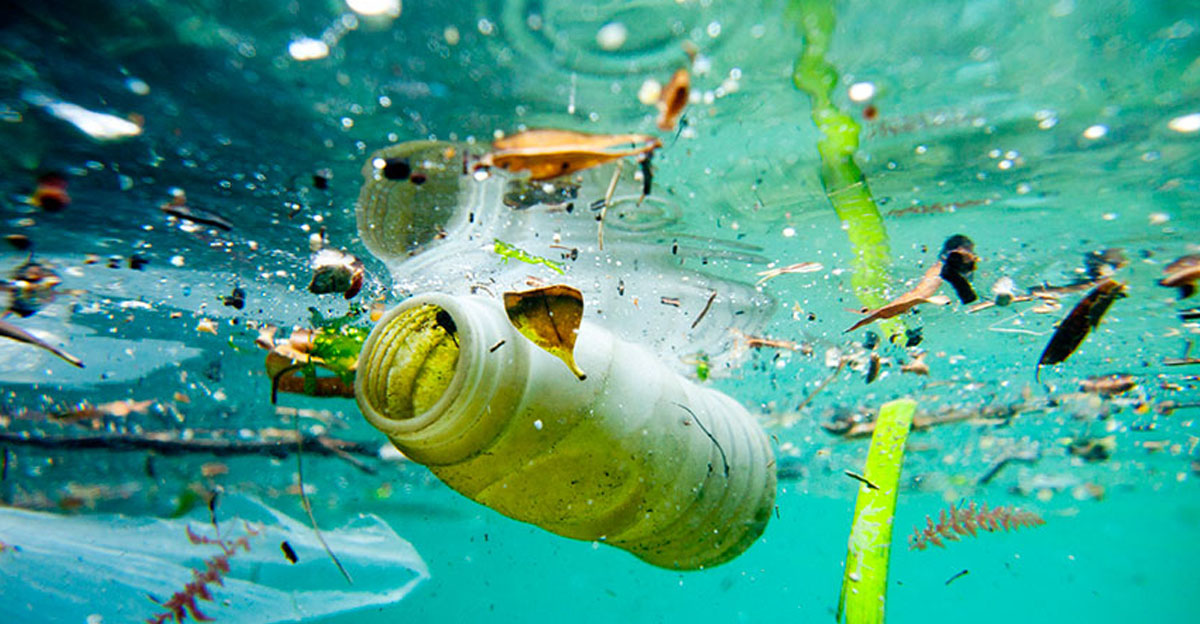 Plastic litter in the ocean has become a major problem worldwide. It can be dangerous to many animal species. Where does the garbage come from and what can be done about it?

Plastic waste has unbelievable dimensions: between 4 and 13 million tons of plastic packaging waste end up in the sea every year. Just imagine: It’s like dumping something between 800,000 and 2.5 million bull elephants into the sea every year. Neither those nor plastic belong there. Unfortunately, the amount of plastic in the ocean will increase if development continues.

Time and again the media report on plastic waste in the sea. It is about, for example, stranded whales that swallowed large amounts of garbage and died from it. And since the beginning of 2018, millions of times on social networks have shared a video of a diver who stumbled upon a “soup” made of garbage in the sea.

Research also confirms that plastic litter in the ocean has become a major problem worldwide. Garbage can even be found on lonely islands, in the deep sea and in the ice of the Antarctic. And because plastic hardly decomposes in nature, more and more of it accumulates there.

Large pieces of plastic can be dangerous because some species, such as birds and sea turtles, often mistake them for food. If their stomach is filled with plastic, they can starve to death. Many animals also get tangled in plastic nets and foils. They can injure themselves or drown.

There are also large amounts of tiny plastic parts in the ocean. Some are as small as grains of sand or even smaller. They are called microplastics. The particles are created when larger pieces of plastic disintegrate. Sometimes they are also used as additives in cosmetics and other products. Microplastics are ingested by some marine life such as mussels. In this way, the particles can get into the food chain – and ultimately also into people’s stomachs.

Where does all this garbage come from?

The garbage ends up in the sea in various ways. A large part comes from ships, for example from fishing. Equipment is often lost there, such as nets, ropes and transport boxes. Sometimes rubbish is thrown overboard, although it is forbidden.

Some of the garbage comes from land. For example, from holiday resorts on the coast. If garbage is not properly disposed of there, it can be blown into the sea. Or it gets into streams and rivers with the rain and then into the sea. In this way, films and nets from agriculture also get there.

Even the tiny microplastic parts often come from land. For example, they are flushed into the wastewater with cosmetic products. But even when washing plastic textiles, tiny plastic fibers get into the water.

The environment and the economy suffer from plastic waste

For the environment, this means, among other things: More than 800 species of animals are affected by plastic waste. Whales and seals get caught in ghost nets, birds pick up plastic parts and starve. If nothing changes, almost every sea bird will have plastic in their stomachs by 2050. The economy is also suffering: for shipping and tourism, millions of dollars are lost if plastic waste gets caught in ship propellers or tourists stay away from littered places.

From countries without a good waste system, plastic waste flows into the oceans

The biggest problem with plastic waste is especially in those countries where there is no controlled waste collection. The countries in Southeast Asia are the main focus here. The waste is not collected there in a controlled manner, let alone separated or recycled. In many countries it is quite normal to just dump rubbish somewhere. A stream of plastic waste pours into the oceans via rivers and unsecured landfills.

Companies have to take responsibility for their plastic waste

When companies take responsibility for their packaging, they also have to bear the costs of collecting and processing it. That’s why license fees of around $ 1.5 billion are paid annually for packaging. Regulations that assign companies such as “extended product responsibility” are only in place in a few countries. That is why waste collection systems there are chronically underfunded – with corresponding consequences. More and more products are being packed in plastic. But the waste disposal systems in so-called developing and emerging countries are not developing with them.

What can I do about plastic litter in the sea?

Above all, the correct handling of waste helps against littering. Always make sure to dispose of waste in garbage cans. Because in this way they do not get into the environment – and cannot be washed into rivers, lakes or the sea. It is of course best to avoid unnecessary plastic packaging in the first place.

You can also avoid cosmetic products that contain microplastics. They are not easy to spot. But some plastics are often mentioned on the packaging as part of the ingredients. These include polyethylene (PE), polypropylene (PP), polyethylene terephthalate (PET), nylon or polyurethane (PUR).

How do I recognize products that contain microplastics?

Some environmental organizations help identify products containing microplastics. There are many shopping guides available for download, and Greenpeace has a list of the names of plastics used in products.

Two free smartphone apps can also help with shopping. You can use them to scan the barcode on the packaging. The apps then show whether the product contains microplastics. This is possible with the Codecheck app and the Beat the Microbead app.