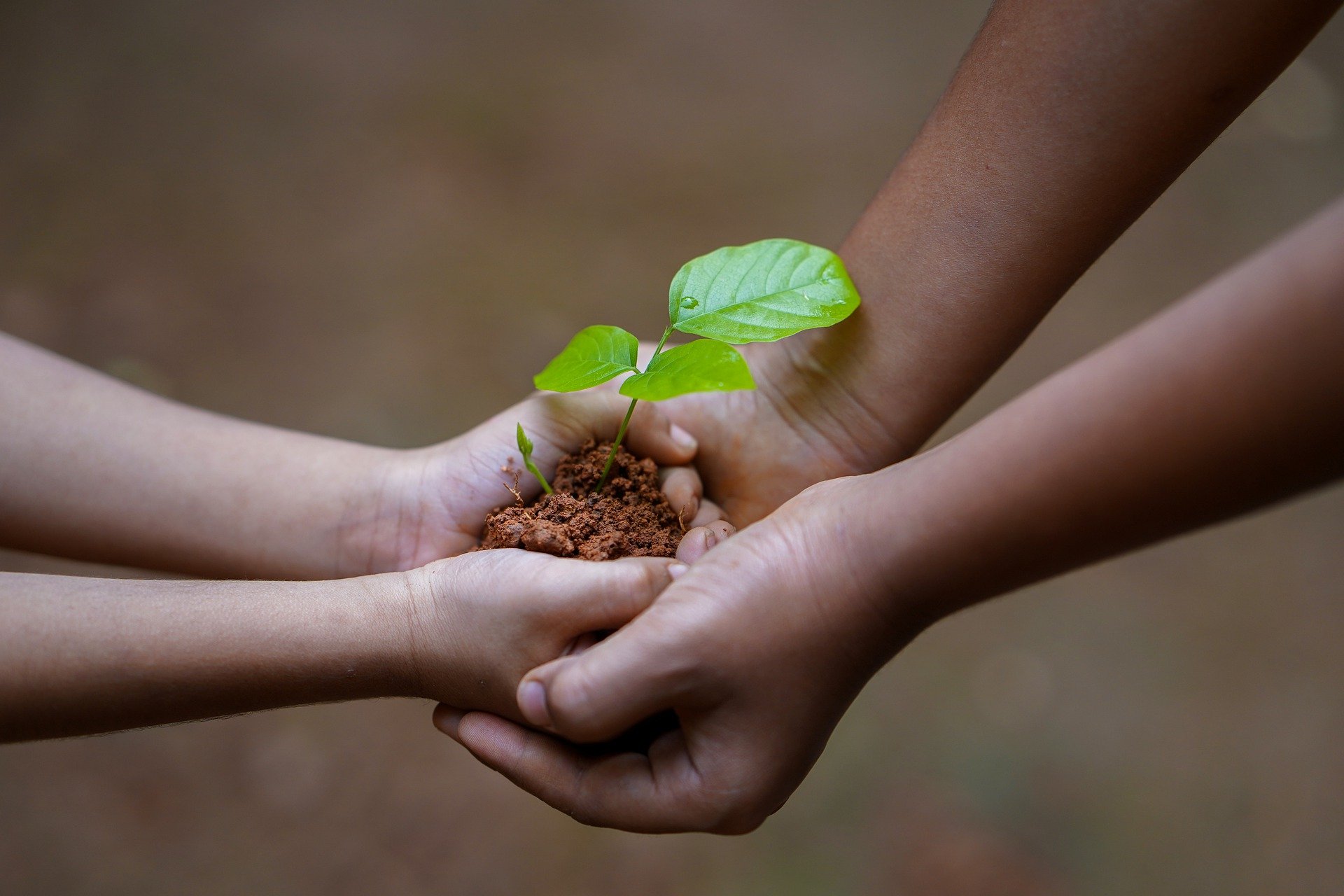 Leaf, stem and root: The basic structure of every seed plant is the same. But how does a whole “plant body” develop from a seed? And how does the plant actually grow? Here you find the answers.

Sometimes it seems like a miracle: a tiny seed begins to germinate and a stately plant emerges. The seed of a giant sequoia tree (Sequoiadendron giganteum) measures only a few millimeters, but mature trees can reach a height of up to 90 meters and are over 2,000 years old. Other plants are in a particularly hurry: some types of bamboo grow up to 50 centimeters per day. But how do plants actually grow?

A plant seed consists of a seedling (embryo) that is surrounded by a particularly nutrient-rich nutrient tissue and a seed coat. In the cover-seeded plants (flowering plants) this is enclosed in a special housing formed by the carpels, the ovary. The seeds of naked samers such as cycads, ginkgos, and conifers mature freely. In spore plants (for example mushrooms, ferns or mosses) the development of a plant does not start from a multicellular seed, but from a single-celled spore.

The three basic organs of a plant – root, stem and leaf – can already be recognized in the embryo of a seed plant. The leaves of the embryo are called the cotyledons. In the dicotyledons (dicotyledons) they are present in twos, in the monocotyledons (monocotyledons) in singular. As with a normal foliage leaf, the cotyledons sit on an axis, the so-called germ stalk (hypocotyl), at the ends of which are the facilities for the formation of the root and the later stem axis.

In this state, the plant embryo is dormant. Germination is usually triggered by water or moisture in the soil. The cells of the semen soak up water, the volume of the semen increases and it begins to swell. Finally, the seed coat tears, the germ stalk with the root system emerges from the seed and grows into the main and primary roots. The seedling receives water via the lateral and secondary roots that are then formed and also absorbs the nutrient salts and active substances dissolved in it. After a short time, the sprout system also begins to sprout and develops into the main sprout, at whose nodes the green leaves are formed. Buds develop in their armpits and develop into side branches.

While the stem axis of a plant is usually green and grows towards the light, the root is pale and penetrates the soil. The leaves that are typical of the stem axis are completely absent from the roots. Because of their lack of leaves, real roots can be distinguished from root-like sprouts, runners and rhizomes, which mostly have pale scale leaves or whose systems are still recognizable. The root emerging from the embryo is called the main root. This gives rise to side roots which in turn can branch out and which, together with the main root, form the plant’s root system.

Roots not only serve the plant to anchor it in the ground and to supply it with water and minerals: they also store reserve substances. That’s why they often get thick and meaty. With horseradish, this happens in the form of a taproot, while carrots form so-called turnips. Dahlias have storage roots that are thickened, but whose function is still recognizable. One speaks of a tuber when the root swells up thickly but no longer forms side roots. They can be found, for example, in celandine and orchid. The edible tubers of the potato, on the other hand, are shoot tubers that are formed by the stem axis.

The stem axis is the carrier of the leaves, serves to convey matter between the leaves and the root and stores reserve material. The plant grows as new cells form at the top. As in the plant seedling, it develops into the main shoot that grows towards the light. The main shoot of a plant is divided into nodes (nodes) and the sections between the nodes, the so-called internodes. If the internodes begin to stretch, they cause the plant to grow in length. In the nodes there is divisible tissue from which side shoots or leaves can develop. If the internodes stretch in a side shoot, it is called a long shoot. With short shoots, the internodes remain correspondingly short. They often form the blossoms on them, for example on the fruit trees.

The plant grows in length at the tip of the stem axis. There in the vegetation cone (apex) there is divisible tissue, which continues to develop during the vegetation period and elongates the shoot upwards – in short: the plant grows. If the growth in length of the stem axis were to take place in the root area, a freshly planted tree could be tied to a tree stake – the tree would at some point simply pull it out of the earth.

The plant forms new cells at the top of the vegetation cone, the cells below are differentiated and fulfill different functions. Inside the stem axis is the vascular tissue with the vascular bundles for the water and nutrient transport, on the outside the strengthening and closing tissue of the plant provide a secure hold. Depending on the plant, a stem axis takes many different forms. The stem of an annual plant is an herbaceous stem that dies in autumn. If the shoot grows in thickness and is lignified, one speaks of a trunk. Onions, on the other hand, are underground storage organs of the stem axis, while rhizomes are horizontally growing storage sprouts.

The cotyledons, whose lifespan is usually very short, are almost always designed much simpler than the leaves, which are usually divided into leaf blade, leaf style and leaf base. Photosynthesis takes place in the green leaves, from the processes of which the plant supplies itself with organic matter. To do this, they are able to absorb carbon dioxide from the air through stomata on the underside of the leaf and release oxygen. Leaves emerge as lateral formations of the stem axis and are arranged in a certain leaf position depending on the plant family. This arrangement and shape of the leaf, along with the flower, is an important feature in identifying a plant.

As with the root and stem axis, there are numerous changes in the leaf. The thorn leaves of the barberry, for example, are formed into a hard point, while the butterflies have tendrils with which the plants climb up climbing aids. The leaves can be thickened, receded, or covered with hairs to protect against excessive evaporation. Nature has produced numerous forms of adaptation here. In many plants, the leaves only fulfill their task for one growing season and fall off in autumn. Plants whose leaves remain green in winter are called evergreens. But even these “evergreen” leaves have a limited lifespan and are gradually replaced by new ones by the plant.

When the primary shoot and the side branches have reached a certain age, they stop growing in length and often form flowers. The flowers contain the plant reproductive organs, which consist of stamens with pollen grains and carpels with the ovules. If these are fertilized, seeds with plant embryos are created again. If a flower contains both stamens and carpels, it is complete (hermaphroditic). If only the stamens or carpels are formed in a flower, they are called unisexual. In this case there are plants with male and plants with female flowers. If both are on one plant, then it is monoecious (for example hazelnut), if they are distributed over two different plants, one speaks of dioecious plants (for example willow plants).

A fruit is basically nothing more than a flower in the state of seed ripening. Depending on how the female flower organ develops after fertilization, a distinction is made between single and collective fruits. Individual fruits emerge from a single ovary; one speaks of a collective fruit when there are several ovaries in one flower from which the fruits are formed. A collective fruit can look like a single fruit, but it comes off as a whole. A well-known example of a collective fruit is the strawberry.

A leafy shoot and a more or less richly branched root system form the functional basic organs of a plant. This basically quite simple structure, the photosynthesis and other biochemical processes are enough for a plant to develop from a tiny seed into a huge creature – a small miracle of nature.