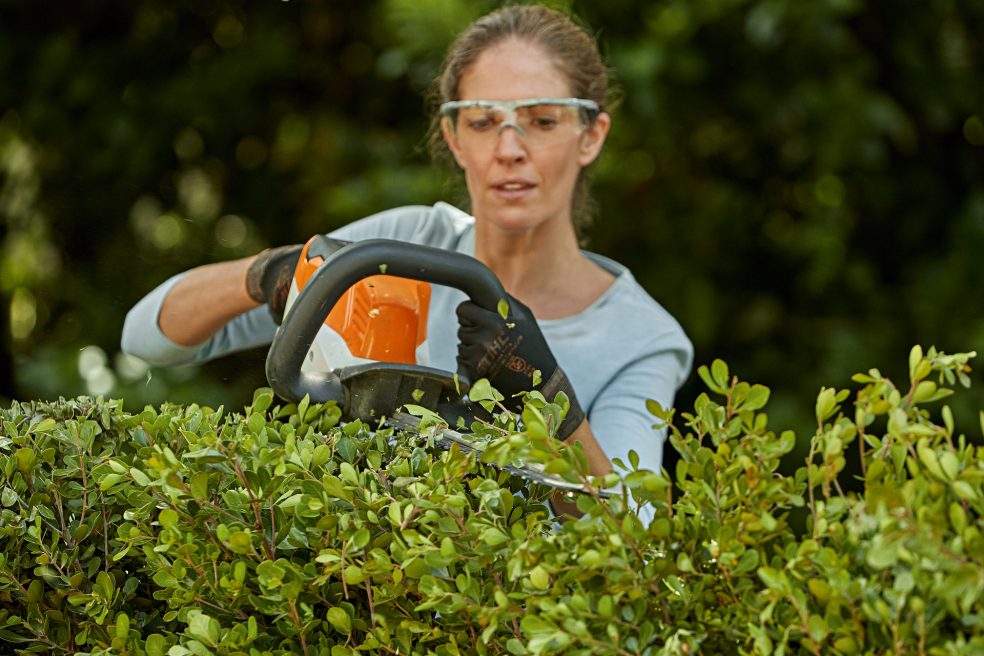 If you take care of your hedge, it becomes a beautiful garden boundary. We explain what is part of hedging in addition to pruning.

When is hedge care useful?

Hedging care makes sense all year round. From spring to autumn, it is advisable to cut branches carefully (note the nesting time), to fertilize and water the hedge. With a radical pruning, the hedge can be cared for between October and February.

It is generally advisable to cut the hedge about twice a year. For some hedges, one cut a year is enough. Note the following when it comes to timing: During the nesting period of animals, radical cuts are not permitted.

HEDGE CUTTING: THIS MAKES VISUAL PROTECTION A FACE TO THE EYES

Beautiful hedges give your garden the right shape. Find out here how to care for a garden hedge and what to look for when cutting hedges.

WHEN YOU SHOULD CUT YOUR HEDGE

A hedge is a privacy screen and a living space at the same time: whether pruning or pruning – only regularly cut hedges grow nicely dense and also stay in shape permanently. When the hedge trimming is necessary depends on the season and the hedge plant.

THE BEST TIME FOR A HEDGE CUT

Some plants prefer a bold cut in February, others are cut later in the year. Vigorous plants – or if the hedge should look particularly accurate – should even be cut twice a year. 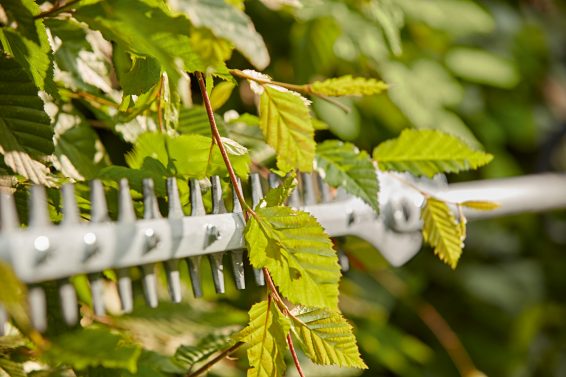 For flower hedges such as forsythia, snowball or jasmine, you should wait until spring for the cut. Wait until the bushes have flowered. Take care not to disturb nesting animals.

You can do another hedge cut in late June to early July when the temperatures are not too hot, as many hedges sprout a second time at this time. Please note, however, that these are only form and maintenance cuts.

When is cutting the hedge prohibited? Radical pruning or even removing a hedge is prohibited by law from March to September, as birds can breed in the hedge during this period. Despite the bird protection when cutting the hedge, maintenance cuts are not a problem if you have previously made sure that there is no nest in the hedge.

THE TEMPERATURE MUST BE CORRECT

A hedge should not be cut in excessive heat and sunshine, as otherwise the leaves lying inside will suddenly be exposed to more sun and the sensitive finishing tissue can burn.

Especially in summer, a rather cloudy day with cloudy skies is best suited for pruning a hedge.

If there are still significant freezing temperatures below -5 ° C in spring, the hedge should not be cut, since the cut points will heal slowly and the fine branches are particularly fragile due to the cold. 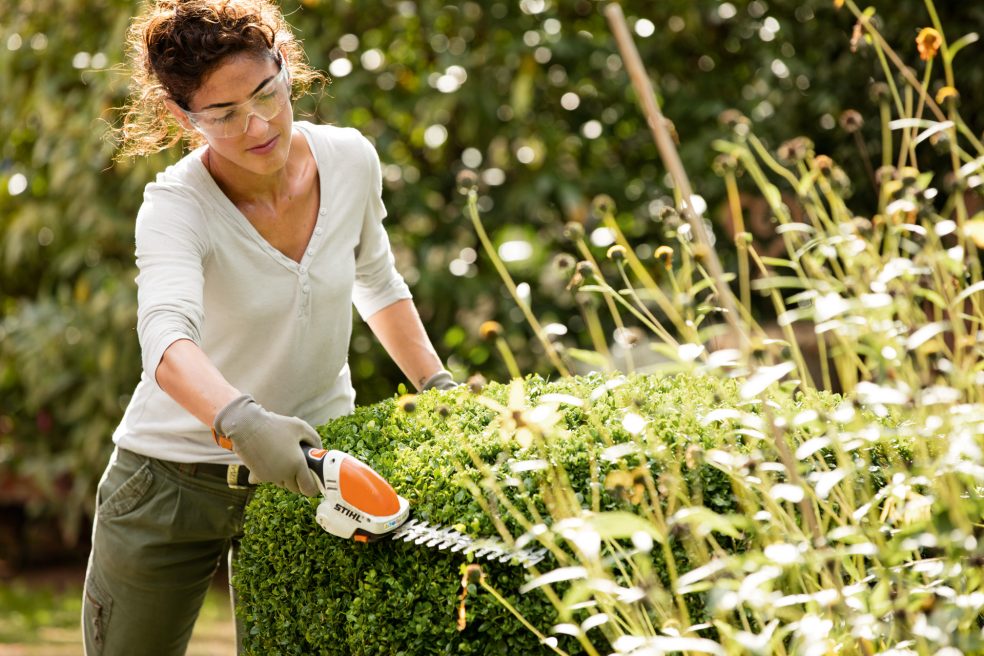 WHEN SHOULD I CUT BACK THE BOY?

Hedge trees (maple, hornbeam and European beech) are cut back at the tips of the shoots in the planting year in order to stimulate strong branching growth.

Conifers (thuja, conifers) need a year of rest to grow well. From the second year, they are cut back annually.

HOW OFTEN SHOULD I CUT MY HEDGE?

Many hobby gardeners cut their hedges once a year around St. John’s Day on June 24th. Nevertheless, it has proven useful for most hedge plants to prune them back to the desired height and width for the first time from mid to late February. The second, weaker pruning takes place at the beginning of summer.

Which hedge should be cut how often?

Twice a year: privet, hornbeam, field maple and European beech
The growth of the hedge is stimulated with every hedge cut. If you cut your hedge frequently and only slightly, it will become denser over time – provided that it is supplied with sufficient water, heat and light.

Rule of thumb for hedge trimming: the hedge should be cut about twice a year. The so-called spring pruning takes place in spring until the beginning of March. This means that the hedge is heavily trimmed and cut into shape. In summer it is important to stay in shape: if bumps become visible as the leaves grow, these should be leveled out. You cut off the annual shoots by a good two thirds and thus remove disruptive shoots that dance out of line. 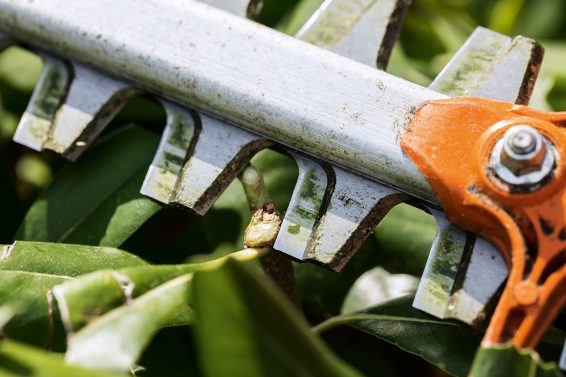 With a neat top-cut, you promote the growth of the hedge and ensure that it remains opaque. These tips will help you avoid bald spots and irregularly cut hedges.

Cut back the annual growth by two thirds and leave a third of the shoot length – but only on the sides. Let the main shoots grow until the hedge has reached the desired height. A shapeless, holey or out of shape hedge can only be rejuvenated with a radical cut and then rebuilt. But be careful: conifers no longer sprout after being cut into the wood. Therefore, even with regular care or shape cutting, green needles or Thujen scales must always remain on the shoot. The only exception is the yew. It also puts away rough cuts.

Warning: some plants like thuja or yew can cause allergic reactions. Therefore, always wear gloves when cutting these hedges. 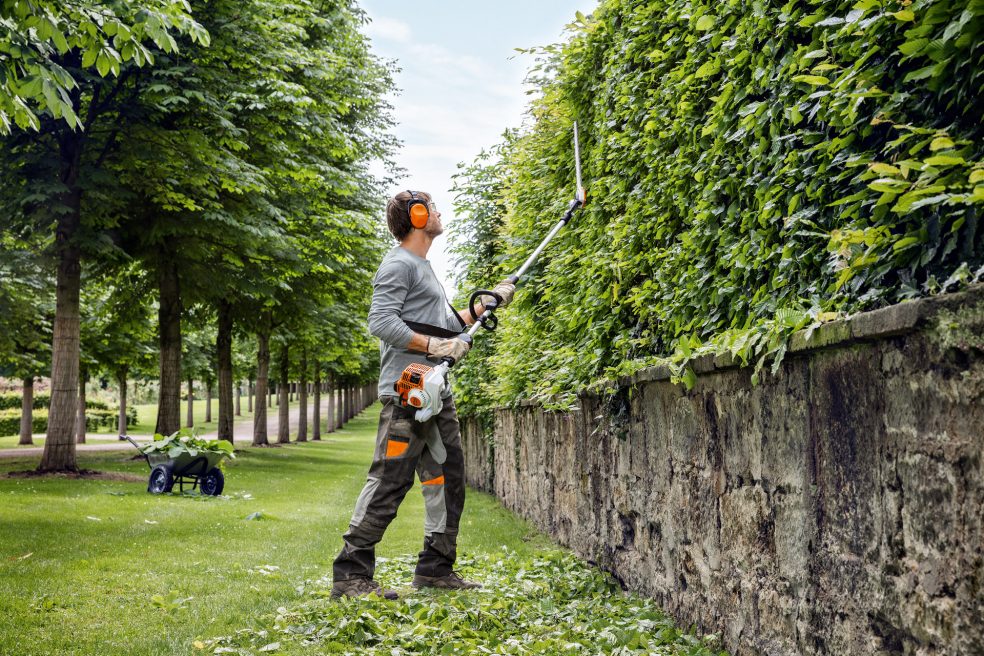 First you decide which hedge is the right one for your garden. Depending on your requirements for a hedge, you can choose from different types. Evergreen or blooming, fast or slow growing – every type of hedge has its advantages.

Spring is the best time to plant hedges of any kind. The distance between the seedlings and the property boundary depends on the function of the hedge and the type of plant. When planting, also consider the nature of the soil, local regulations and the height and width of the hedge.

Even though most hedges are quite robust, they can be damaged by illness. Insects such as aphids or black mosquitoes affect the hedge as well as rust or fungal diseases. If treated in time, your hedge will survive the infestation without major damage.

Holes in hedges can usually be closed again. With smaller holes, cut back to healthy wood and give the hedge time to relax. Large holes can only be filled with replacement plants that have time to grow and can then be cut normally.

First determine the nutrient requirements of your hedge. If your hedge needs to be fertilized, it is best to fertilize in March or April to provide it with the important nutrients nitrogen, potassium and phosphorus. Which fertilizer is the right one depends, among other things, on the type of hedge.