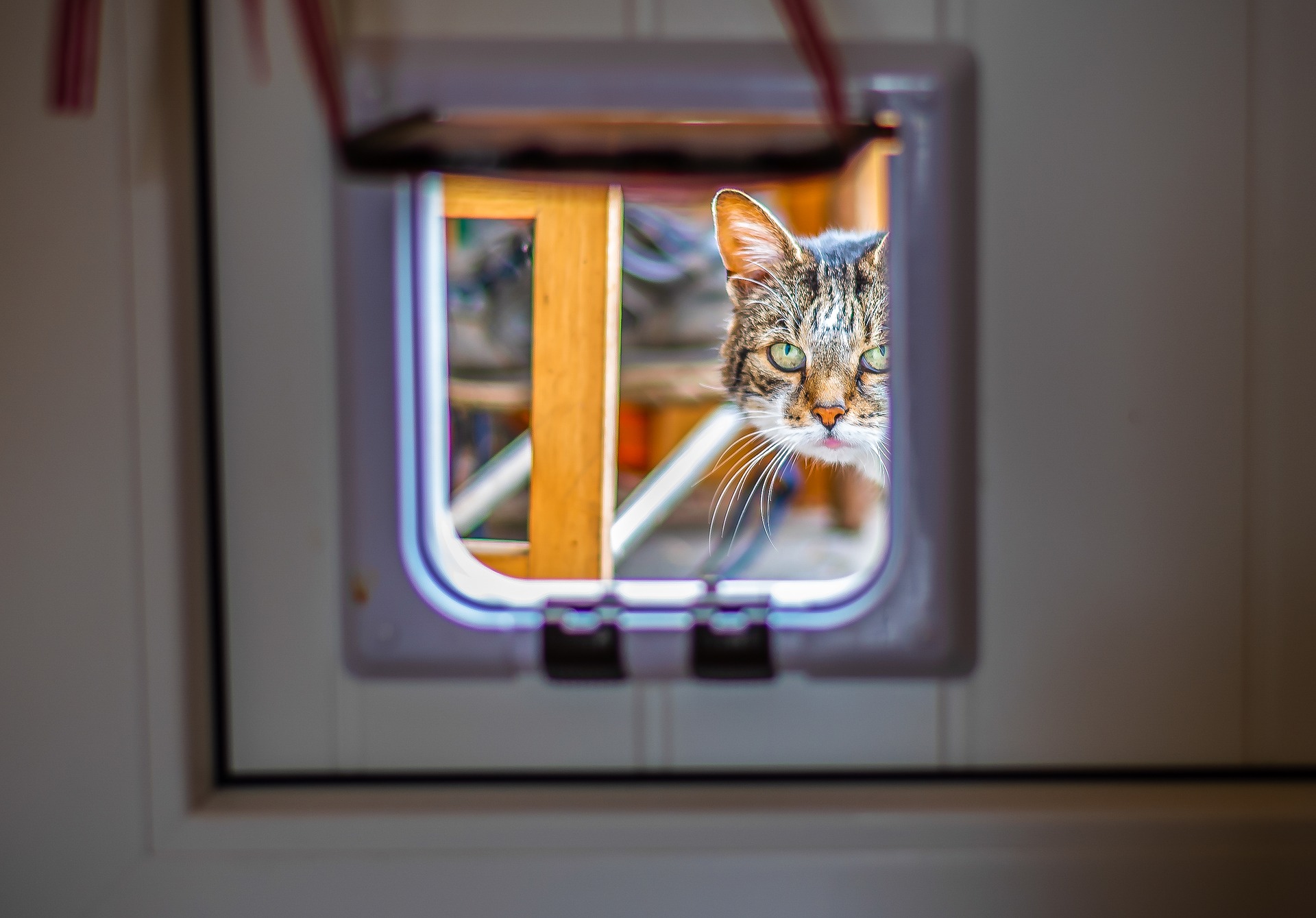 Every cat owner knows: Cats love their freedom and want to be able to come and go when they want. A cat flap offers more flexibility for both cats and humans. We explain how to build them. With our instructions you can quickly install a cat flap yourself!

The simplest version of the cat flap is a small wooden board that is attached with suitable hinges in a sufficiently large opening. In the meantime, however, numerous kits for cat flaps that offer more security and protection against the cold are available in stores. To prevent strange cats or even wild animals from entering the house, there are also cat flaps that respond to a chip in the cat’s collar.

No matter which cat flap you choose, the benchmark is always your cat. In order to determine the appropriate position of the cat flap, measure your cat first. The distance between the stomach and the floor is particularly relevant: it determines the height at which the cat flap is attached. A normal-sized cat can be assumed to be about 15 cm.

It is also important to determine the height of the hatch, especially if you are working without a kit. To do this, measure the distance from the animal’s shoulder to the floor. The width of the cat is particularly important for large or very strong cats. These values ​​will also help you select a suitable size kit.

The best place for the cat flap

A cat flap always means a weak point in the thermal insulation and should therefore not be attached to doors that lead directly into the heated living area from outside. Basement or garage doors or doors that lead into an anteroom from which the cat can enter the living area are better.

The installation of a cat flap itself is very easy, even for inexperienced do-it-yourselfers:

Important: Saw with the door closed to minimize the risk of injury and to ensure that you work in a straight line. Make sure to keep the drill exactly horizontal!

Tip: Bargain hunters use the sawn-out wooden panel as a cat flap. Simply attach it to the top of the opening with hinges with an opening angle of 270 °. This allows the cat flap to swing in both directions.

With the newly installed cat flap, your house tiger can now go outside. But keep in mind that cats have their own mind and it may take some time to get used to them. With a little patience and treats as additional motivation, your cat will soon be using the new cat flap actively!