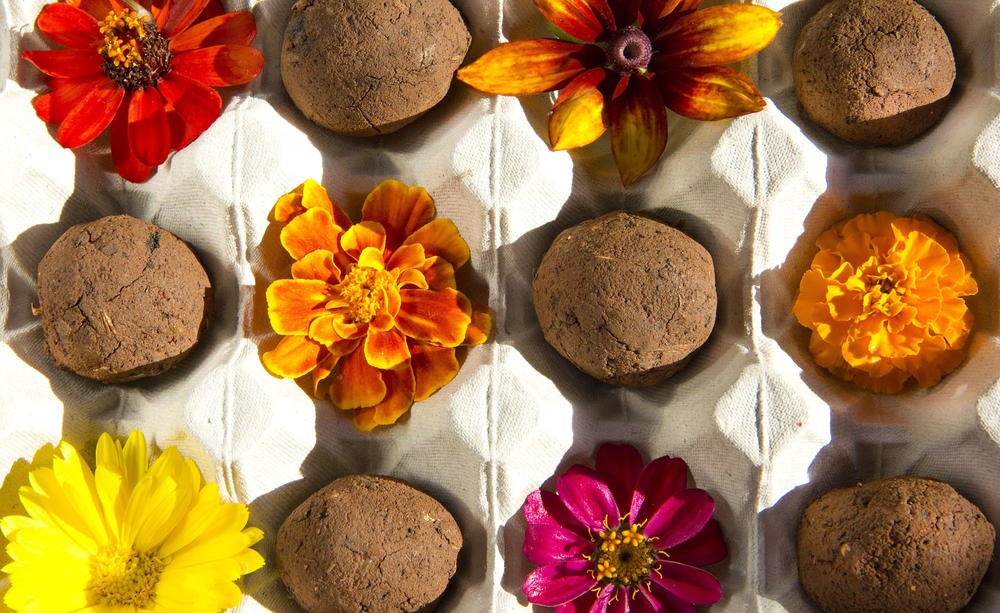 Seed bombs can be used to green fallow areas in cities as you go by. So you can make the green projectiles yourself.

The term seed bomb actually comes from the field of guerrilla gardening. This is the term used for gardening and cultivating land that is not the property of the gardener. This phenomenon is more widespread in English-speaking countries than in Germany, but is also finding more and more fans here in Germany, especially in the big cities. Your weapon: seed bombs. Whether homemade or bought ready: With them, vacant areas in public spaces such as traffic islands, green areas or abandoned plots of land that are difficult to access can easily be greened. A targeted throw from the car, off the bike or comfortably over the fence is sufficient to let plants sprout from the ground.

However, seed bombs should only be used in urban areas. In nature reserves, agricultural areas, on private property or the like, they have lost nothing. In cities, however, they are a wonderful way to make the city greener and to promote biodiversity.

Warning: Before the law, planting public space is property damage. Sowing on private property or unused land is also prohibited. However, criminal prosecution is very unlikely and can rarely be expected.

History of the seed bombs

The seed bomb was invented by a Japanese rice farmer named Masanobu Fukuoka, an advocate of natural agriculture. After the Second World War, he used his nendo dango (seed balls) primarily for sowing rice and barley. Visitors who came to his farm in the 1970s then brought the idea of the seed soil to the West – and carried it around the world. They were also used for the first time in the 1970s, when American guerrilla gardeners started to green New York with them. They also gave the seed bombs their name, which is still used today. 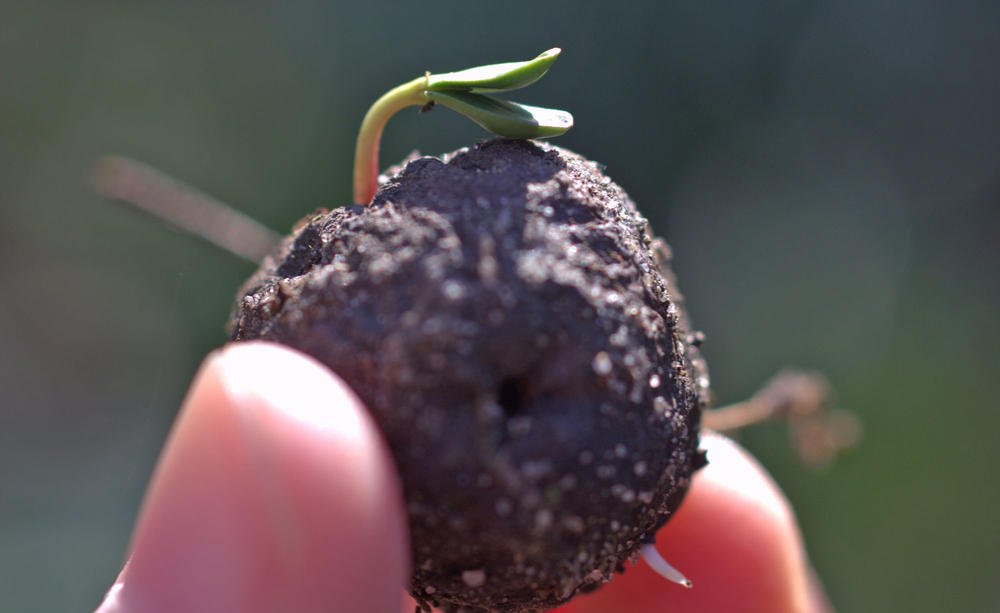 How do seed bombs work?

Throw, water, grow! There is basically nothing more behind it. The best time to “blow up” seed bombs is in spring, ideally just before rain starts. A seed bomb basically consists of earth, water and seeds. Many add a little clay (clay powder, clay) that keeps the balls in better shape and protects the seeds from animals such as birds or insects and adverse weather conditions.

Which seeds are suitable for seed bombs?

If you want to make seed bombs yourself, you should use seeds from local plants. Non-native plants can become a problem, as they have no natural competition in this country and therefore proliferate uncontrollably. They mess up the ecological balance. The most famous example of such an invasive species is the giant hogweed, also called Hercules perennial. Be sure to use only untreated seeds and choose plants that can cope with the urban climate. Marigolds, lavender, tagetes or cornflowers have proven themselves, as has the coneflower and mallow. Wildflower mixtures attract bees, bumblebees and butterflies in particular, so they benefit the animals at the same time.

Herbs and various types of vegetables can also be planted out using a seed bomb. Arugula, nasturtium, chives or radishes can be spread best with a seed bomb and thrive, provided they get enough water, even in the city without much effort. 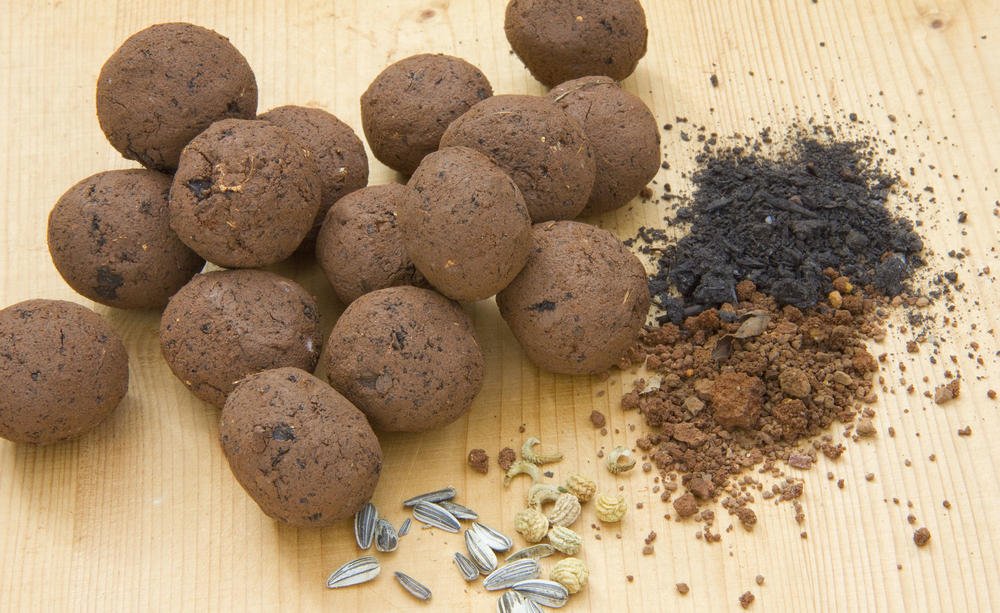 For shady locations, we recommend plants such as cranesbill or borage. Wild grass, thyme or corn poppy get along very well with little water

Make seed bombs yourself: Here’s how

Meanwhile, seed bombs are also available in many shops. The bombastic offer ranges from sunflowers and butterfly meadows to wild herbs. You can also easily make seed bombs yourself. Pi times thumb you need ten seed bombs for one square meter.

First, the earth is finely screened. Then mix the soil with the seeds and the clay powder together in a large bowl. Add water drop by drop (not too much!) And knead the mixture until you get an even “batter”. Then form balls about the size of walnuts and let them dry in a place that is not too warm and well ventilated. This usually takes about two days. If this takes too long, you can also bake the seed bombs in the oven at low temperature. You can then drop the seed bombs immediately. You can also keep them in a cool, dry place for up to two years. 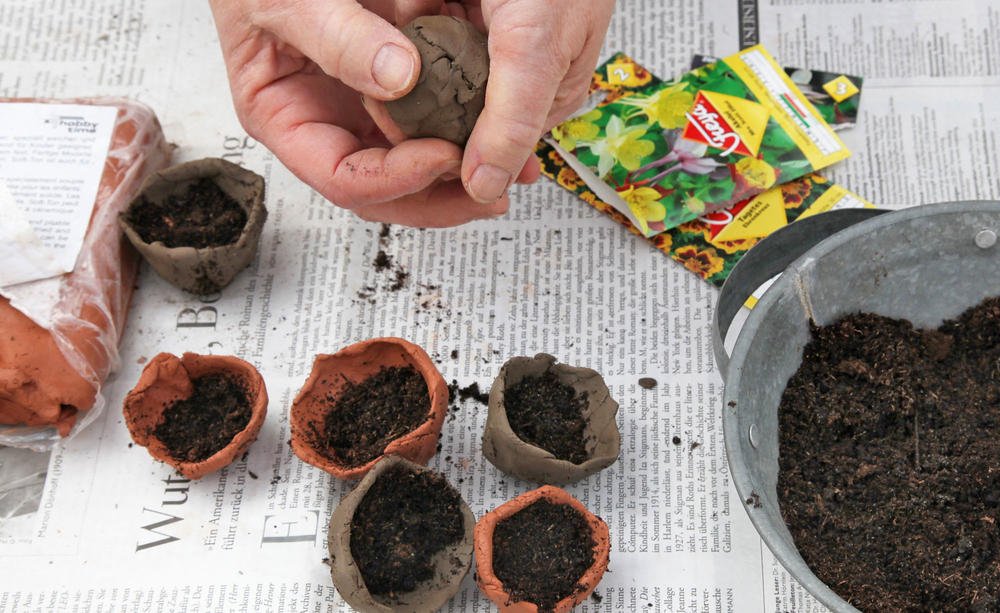 Advanced tip: Seed bombs become particularly durable and resistant when they are covered with a clay coat. You can buy it ready-made or mix it yourself using clay powder and water. Form a bowl and fill the mixture of soil and seeds inside. Then the bowl is closed and formed into a ball. After drying (in the oven or in the fresh air) the seed bombs are rock hard and well protected against wind or animals.