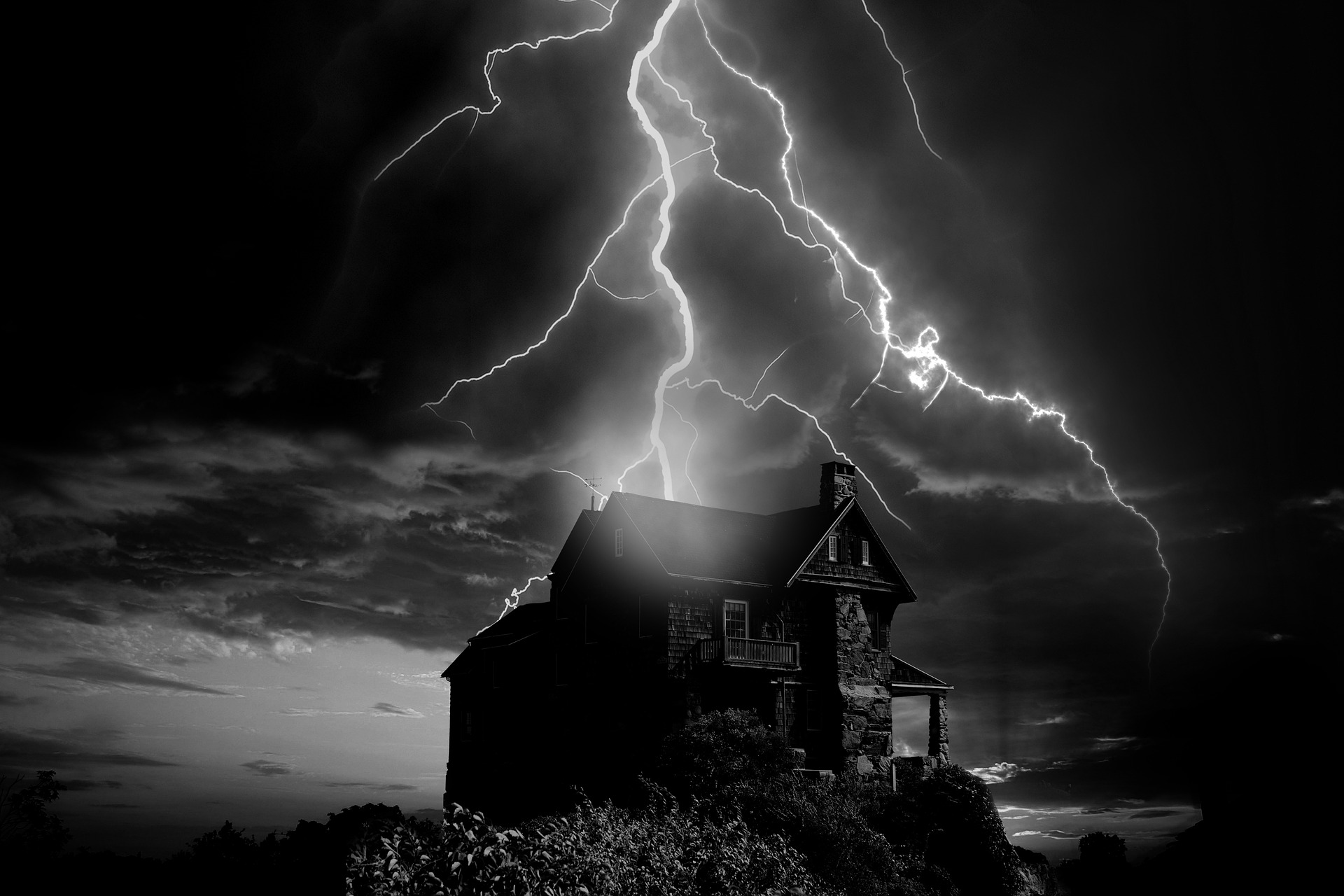 A thunderstorm is both fascinating and frightening. After all, the electrical charge that builds up in the huge, black heap of clouds has immense power: a lightning strike releases several hundred thousand volts – energy that can tear trees apart, kill people and seriously damage buildings.

For example, the lightning information service recorded around 2,329,000 lightning strikes across the United States in 2020. Reason enough to think about lightning protection for the house.

Is lightning protection mandatory for the house?

Lightning protection systems, commonly known as “lightning rods”, safely divert the lightning current into the earth in the event of a strike, so that fires and other damage are avoided. If there are no special regulations, the establishment of lightning protection on private residential buildings is a voluntary decision of the owner and not mandatory.

In the event of damage, the insurance will replace the material value. But: if important data is irretrievably lost on the computer, it is irreparable damage. The more technologically advanced the households and the more sensitive the devices become, the higher the risk of being affected by such damage.

What does a lightning protection system consist of?

Both components must then be precisely matched to one another.

Whether a house should be equipped with external lightning protection depends, among other things, on personal risk perception, the frequency of thunderstorms on site, the value of the house and its furnishings. If a building clearly dominates its surroundings, for example because of its secluded location on a hill, this increases the risk of a direct strike.

A wooden or thatched roof is particularly easily inflammable. And anyone who works on a computer in the home office is dependent on this medium.

If you have a photovoltaic system on the roof, you should definitely protect it with lightning protection. This is because the systems are not only damaged by a direct lightning strike, but can also be destroyed indirectly by the magnetic fields that arise when lightning strikes.

Important: Retrofitting a building with lightning protection is a matter for a specialist. Roofers can serve as contact persons.

How does external lightning protection work?

The lightning current is captured in the area of the roof and then safely conducted into the ground by wires and distributed there.

This means that there is no risk of damage to the building from thermal or electrical effects, nor of dangerous flashovers or contact voltages for people.

In order to catch the lightning current, the outer contour of the building is reproduced with a very large mesh of metal cables. The interception device usually consists of a ridge line and / or lines on the roof surface.

Gutters and other metal devices that protrude from this protection area are connected to the interception device via the shortest possible route. For this purpose, chimneys, skylights, antenna pipes etc. are provided with interception rods.

This net-like interception device can be easily retrofitted. This also applies to the down conductors on or in the building walls.

“The earthing can, however, be extremely time-consuming and expensive if it is installed later.”

If the foundation earth electrode cannot be reached, either a ring earth electrode must be laid or individual deep earth electrodes must be set and then connected. Anyone building a new building should therefore think about external lightning protection beforehand.

How does internal lightning protection protect against overvoltages?

An overvoltage in the power grid can arise despite lightning rods. The danger does not only come from direct lightning strikes: indirect strikes, in which lightning strikes within a radius of up to two kilometers, can trigger an overvoltage. Instead of the usual 230 volts, several tens of thousands of volts are on the power line that leads into the house for a short time.

The most important measure of internal lightning protection is lightning protection equipotential bonding. “If possible, directly at the entrance to the building, all metal lines are connected with an equipotential bonding rail. This also includes metal gas lines, heating pipes or telephone lines”. The compensation rail is connected to the foundation earth or the earthing system.

Terrestrial antennas and satellite systems must also be earthed. The live power line cannot simply be grounded. There are protective devices for this active conductor that briefly earth in the event of an overvoltage. When it comes to this basic protection, the electrician speaks of type 1 surge protection devices (B arrester).

Despite these protective devices, there is still an overvoltage in the power supply network of the house. Electrical residual voltage peaks are reduced by the second protection level, namely type 2 surge devices (C arrester) in the electricity meter box to values ​​compatible with the system.

What does it cost to install lightning protection?

Under favorable conditions, complete lightning protection for a newly built single-family home costs around $ 2,200, the experts estimate. Retrofitting a lightning rod can cost around $ 3,000, plus another $ 300 for internal lightning protection. The most expensive components are the interception system and the discharge system.

Since every house and every device has special requirements, a specialist should be commissioned with the installation. “Most mistakes are made in the execution”. Knowledgeable people have to prove their competence.

In any case, the company carrying out the work should produce an acceptance and measurement protocol with a system diagram, from which the safe functioning of the system can be recognized. If comprehensive lightning protection is installed, it is also worth calling the insurance company: Whether discounts are granted is a question of competition.

If there is thunder and lightning outside and the house is not fully protected against lightning, you should follow these instructions for your own protection:

What to do in the event of a lightning strike?

The cost of lightning strikes, especially damage to electronic equipment, is steadily increasing. In the event of major damage, experts are increasingly checking signs of damage on the device and assessing the possibility of a repair. In addition, the employees of the household insurance check whether a lightning bolt could have been the cause of the reported damage.

The lightning information services provide precise information on thunderstorm activity in the vicinity of the damage location. Using high-precision measuring receivers across the country, lightning and impact locations are recorded and recorded with an accuracy of a few hundred meters.

Sometimes this check turns out that the damage was not caused by lightning at all: Overvoltage damage can also occur if the electricity supplier carries out a switching operation or if a nearby factory is running all machines at full speed. These damages are not insured in a household contents insurance.