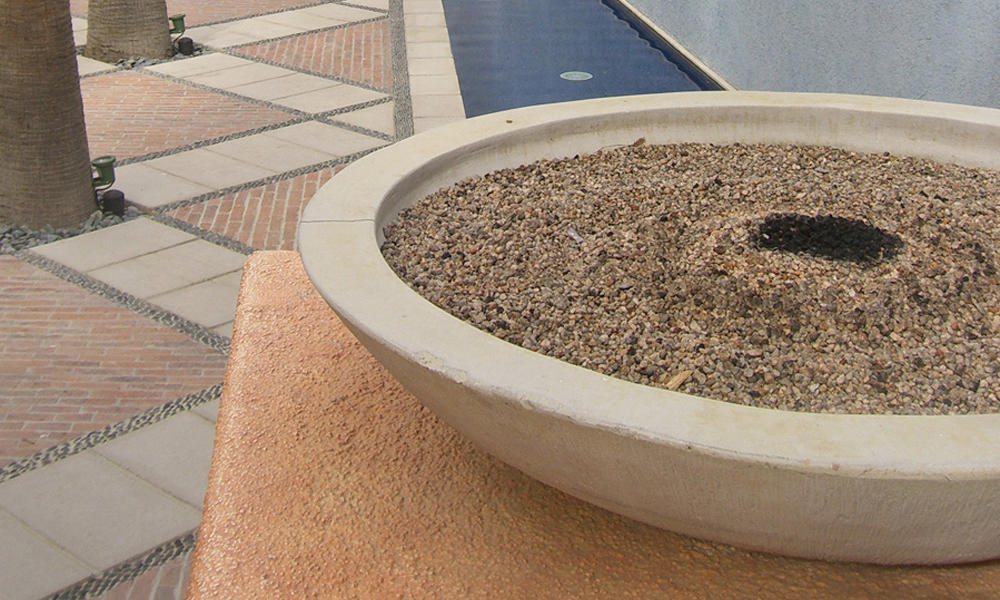 A fire bowl spreads romantic campfires on the balcony and terrace. It does not have to be the expensive variant from the shop. This article shows you how to make a trendy fire bowl out of concrete yourself.

Who doesn’t dream of a campfire in their own garden? Most of the time there is not enough space – after all, such an open fire is not entirely harmless. Using a fire bowl instead is a good idea – how about a self-poured concrete one? This is not rocket science for hobbyists and handicraft fairies and succeeds with our tips.

With just a plastic bowl and a tin for the deepening, a much too small hollow was created in the concrete. The fuel gel did not fit in our DIY plant. We also didn’t like the uneven and angular edge of the concrete fire bowl.

In the second attempt, we then took two bowls of different sizes and sifted the pebbles out of the concrete before we processed it. Lo and behold, our DIY fire bowl had a smooth edge on which the stones could be placed without any problems. And the recess in the fire bowl was just right for the fuel gel.

1. Grease molds: Spray the large plastic tray from the inside and the smaller one from the outside with the release agent. Mix the concrete according to the instructions. It is best to use craft concrete for DIY decoration ideas, then you do not have to sieve out coarse parts. When pouring it into the bowl, make sure that you only fill the bowl three-quarters with concrete.

2. Cut out the storage space: Immediately after filling, press the inner, smaller bowl up to the top edge in the middle (with the closed bottom facing down). The best thing to do inside is to weigh the whole thing down with a stone – this means less force is required to displace the concrete. As soon as the concrete begins to set, remove the inner shell with a slight jerk.