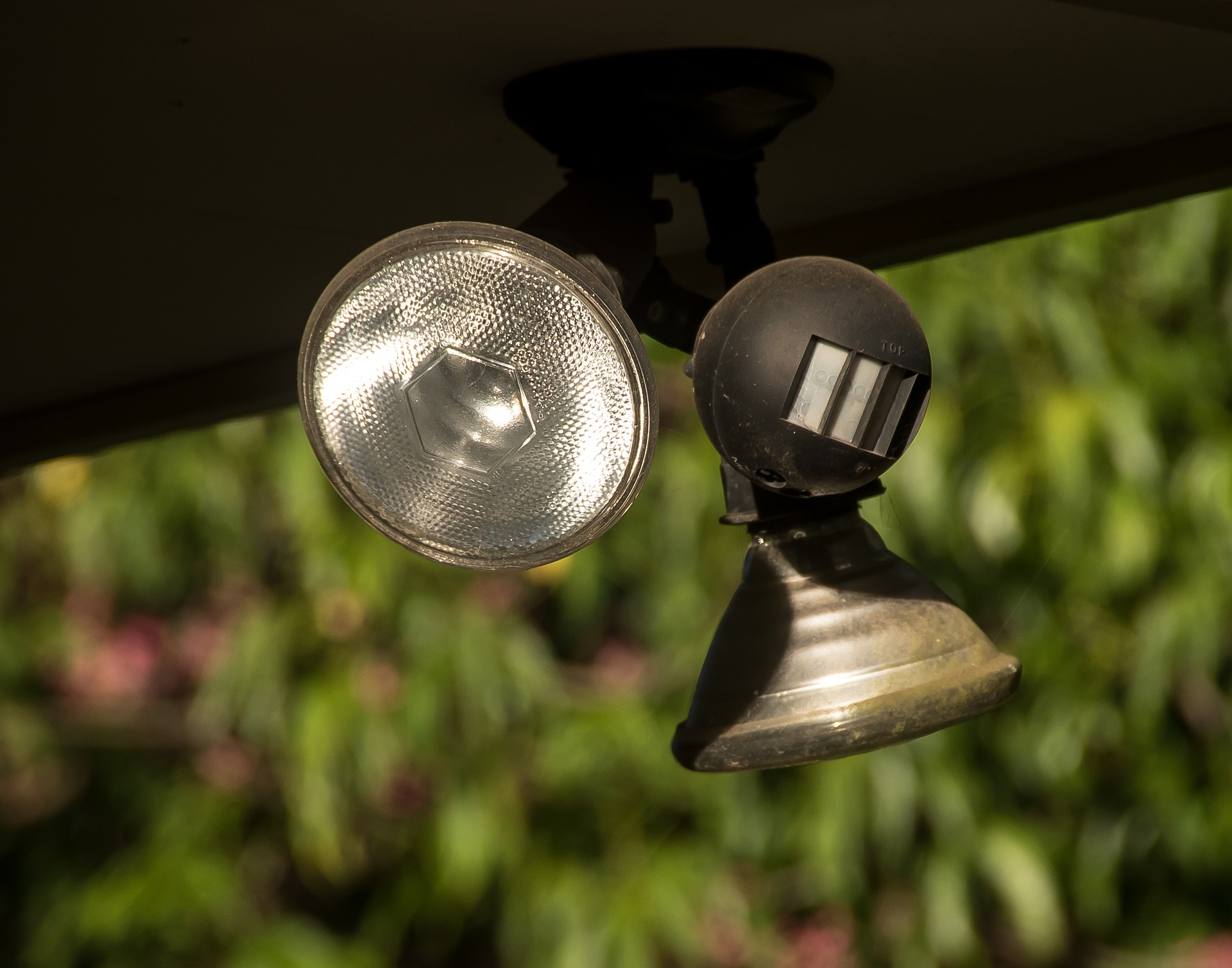 They are something like the brownies of today: They switch the lights on and off, scare away uninvited guests and provide a decent plus in the household budget. We’re talking about motion detectors.

Motion detectors can be used anywhere in the house. But every technology has its own area of ​​application. High-frequency motion detectors (HF) make sense in the house where you want it to be bright when entering the room. Outside, they would respond to any movement, e.g. B. of leaves react. Infrared motion detectors make more sense there. They only react to bodies radiating heat such as B. Visitors.

A presence detector is ideal in living areas in which one remains quiet for a long time, for example in the office or while watching TV. The only thing you should do without the automatic light is in the bedroom. The good old light switch is still the first choice here.

The last one turns off the light – if he doesn’t forget it. But often enough he forgets. Then the lamps may burn around the clock. And that is becoming more and more expensive in view of rising energy prices. Costs that do not even arise with the help of motion detectors. “You can save up to 63 percent if you use sensor technology correctly in the house”.

That was 25 years ago. Since then, this cost-saving and practical technology has continued to develop. Anyone who buys a motion detector today can not only choose from numerous providers in the hardware store, but also between different functions and systems.

Infrared switch with motion detector: He is looking for warmth

The same game every evening: the entrance to the garage is in the dark. But when the owner’s car approaches, the garden and garage lights turn on as if by magic and illuminate the driveway long enough to give those arriving enough time to get out. The lights only switch off after three or four minutes – again without any action on the part of the residents. A classic example of the sensible use of motion detectors. You can also sensibly control the light in the hallway, in the basement or on the toilet.

The detectors always work according to the same principle: Depending on the type, they detect infrared rays at different angles and thus cover an area up to twelve meters deep. This area is divided into around 1000 so-called switching zones. If a body radiating heat (infrared radiation) moves from one zone to the other, the technology registers this and the light goes on. Walking movements are thus reliably recorded.

How long it lights up depends on the respective setting, which is controlled by an adjustable controller. A second controller determines from which twilight state the system is armed. Depending on the location, you can opt for sensors with a detection angle between 80 and 360 degrees. So there is the right device for every installation location. In addition, there are of course lights with integrated infrared motion detectors.

These classic motion detectors are so-called passive infrared detectors (PIR) and are suitable for outside and inside.

While a normal infrared system is only activated by a radiating body, motion detectors that are controlled by high-frequency technology react to mere movements. You can feel the pleasant effect when you enter an originally dark room. A high-frequency sensor already registers when the door handle is pressed down. So the light is already on when you open the door.

If an infrared system works behind the door instead, it must first record the heat radiation of the person entering. So you enter a still dark room – only then does the light switch on. In addition to setting the time and twilight, sensor lights in this system often also have the option of continuously setting the desired range of the sensor. It is obvious that this technology is not suitable for outdoor use. She would react to every leaf in the wind.

Presence detector: the attentive one

While the usual motion detector controls 1000 switching zones, an infrared presence detector “observes” more than four times as many. This means that it reacts to the smallest movement and thus reliably determines whether someone is still in the room or not. And that is exactly what it does. Presence detectors are there to provide light, especially in offices and other work rooms, until the last person has left. In other words, he must also notice when someone reads an instruction manual or a book largely motionless. He must “notice” every page turning.

This particular attention means that presence detectors in the garden are completely unsuitable. Even the slightest movement of a field mouse would cause the property to suddenly shine in bright light. A nightly light show would be inevitable.

Twilight switches are also part of the family of these reporting systems. They register the strength of the ambient light and switch the light source on or off again at a certain degree of twilight. So they guarantee continuous night light, which is extremely practical for illuminated house numbers, for example.

Retrofitting motion detectors: easy, but not without a professional

Anyone who opts for a sensor-controlled lighting system in the house has several possible solutions. The simplest one: You can replace the conventional light switches with flush-mounted sensors, which then automatically take over the function of the light switches. One sensor is sufficient for several lights.

But you can also install sensor-controlled lights that are connected to the power supply in the same way as any conventional light. Those who want to install the whole thing without cables are well served with the LED light ball from GEV or “Spylux” from Osram, for example. This sensor light works with battery power and – with an average of ten switchings a day – gets by for about a year per “battery charge”.

Disadvantage: The lamp is more of a lamp, it is not suitable for illuminating an entire room. Another particularly easy-to-install variant with an adapter plug in which a motion detector is installed. It then controls the light that is supplied with power via this connector.

On the other hand, those who opt for rotatable, permanently installed sensors that can be retrofitted to existing lights and switches cannot do without the help of an electrician.

On the other hand, it is different with twilight switches: If you want to retrofit here, it is particularly easy. There are energy-saving lights with a twilight switch integrated in their base. So all you have to do is replace the lamp and you’re done.

Motion detector: what it costs, what you save

You don’t have to dig deep into your pockets to automate the lighting in your home. A flush-mounted infrared sensor costs around $ 60; an outdoor sensor, which the electrician should install, is available for less than $ 20. Here the prices are based on the angle of action. If you choose a 360-degree sensor, you have to reckon with around 70 dollars. On the other hand, there are of course the savings in electricity costs. Market leader Steinel has calculated that they can be over $ 800 a year in an average-sized house.