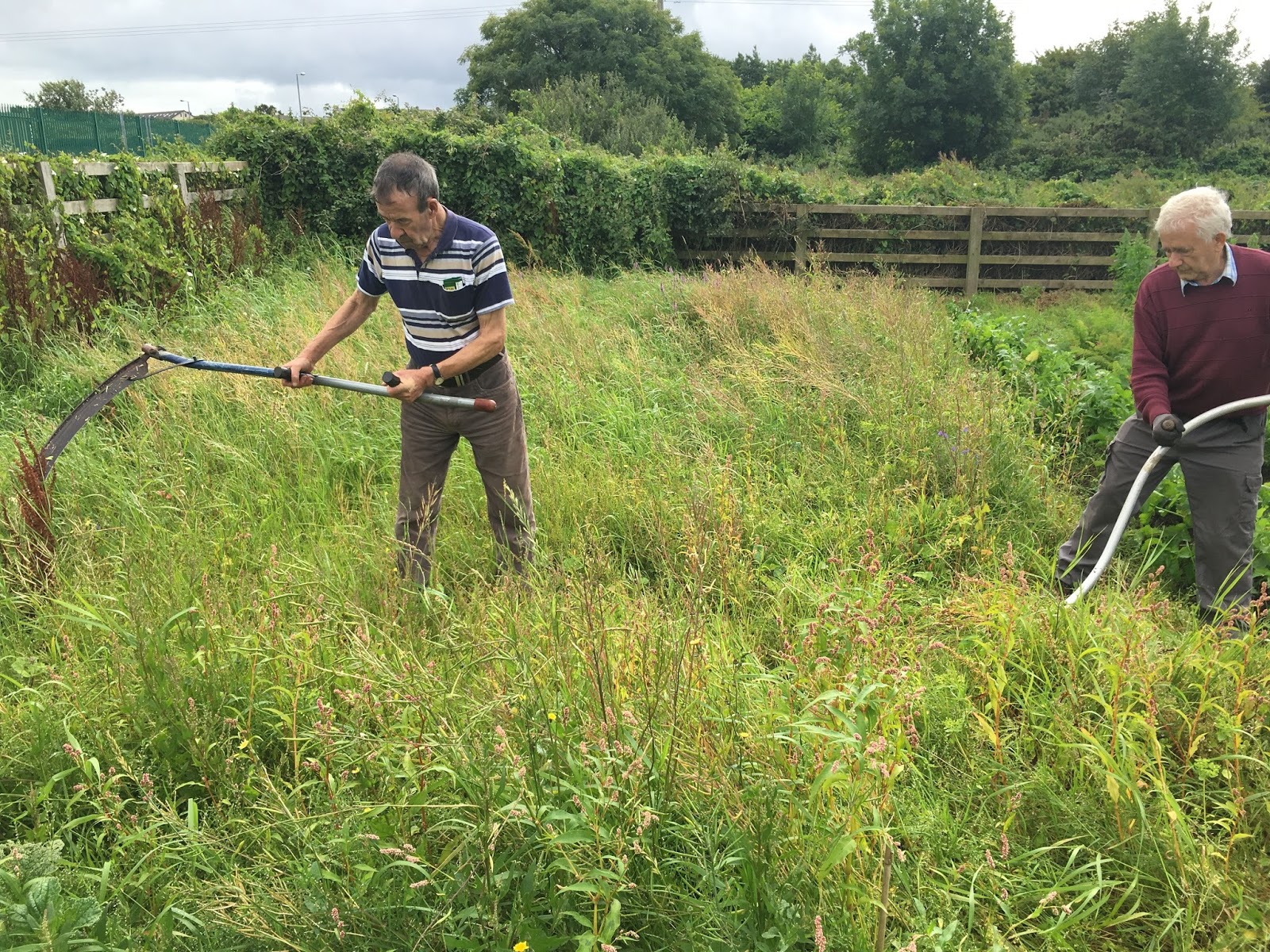 I recently looked at how you can shorten your lawn in an ecologically sensible way. My little daughter laid the foundation for this with a children’s television program which was about the fact that mowing with a scythe is much more environmentally friendly than mowing with a standard lawnmower. That gave me the idea to think seriously about how to mow lawns that are gentle on people, animals and the environment. We actually have a pony here in a very rural location, which is lent out so that you don’t have to constantly turn on a loud lawnmower.

Why better to grab a scythe?

Lawn mowers consume something. No matter how yours is powered: If it doesn’t run on petrol, it needs electricity. Lawnmowers are more or less always making noise. No mower will be as quiet as a scythe that glides through a meadow. A hand mower would also be a gentle option.

Fossil energies are not consumed here, the user of the scythe a few calories at most. It’s done like this: As a right-handed person, the scythe is swung in a semicircle from right to left and stands in a slightly bent position. The grass then falls just above the ground, preferably in the morning hours when the grass is still slightly damp. With the scythe you mow much less often than with the electric lawnmower. Ergo: The grass becomes significantly higher this way.

Sheep or horses as an eco lawnmower?

Why not? However, both animals are not cuddly toys, to be clear beforehand. So petting shouldn’t necessarily be included in the purchase of goats, because sheep are shy escape animals. Male sheep in particular often suddenly recognize a person as competition. This can mean that after the brief nasal nudge after the petting, a buck tries to take you on the horns. You should save yourself this experience.

A sheep alone would not feel good, however, a small herd is needed. For example, with one hectare of meadow area, four to six animals are worthwhile. In general it can be said: It has to be at least two animals, because they are herd animals and otherwise totally lonely.

It should be noted that you should then also create paddocks so that the animals – at least one of which should be a buck – also eat the grass evenly. They also like to eat nettles and wild herbs. Everything that grows in the meadow and is not so lignified.

Worming treatments and possible vaccinations must be planned economically. A worming treatment costs around five euros per animal. Stables are also part of the bill, because the acquisition costs increase. In winter, in particular, feed will probably have to be bought.

What positive effects would that have on my environment?

Both when mowing with a scythe and with animal helpers: Here, all small animals have ample opportunity to get to safety. I have not been able to see any statistics that prove this, but the probability bordering on certainty has so far died significantly more frogs and hedgehogs or insects from a ride-on lawn mower or the like than from a scythe or a sheep.

And simply because it is important to me and I would like to prevent misunderstandings: If you can afford to keep animals, please do so. But at least there must be enough space so that the animals can live happily and appropriately.