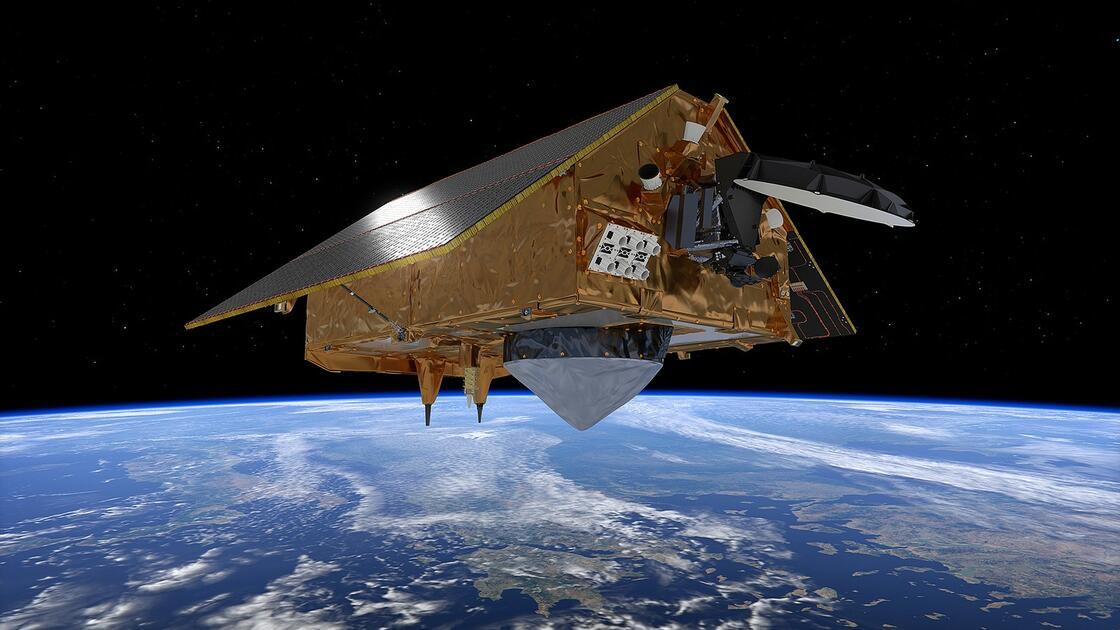 Climate watchdog: Eighth satellite of the European Copernicus program has been launched. Sentinel 6 collects data at an altitude of 1,300 kilometers.

A new climate watchdog is floating in space: since the end of November, the Sentinel-6 satellite has been documenting the global rise in sea levels, swell and currents in the oceans from an orbit at an altitude of around 1,300 kilometers.

“Through the mission we want to find out how the sea level will develop in the future,” says Dr. Jörn Hoffmann, program manager for the European Earth observation program Copernicus at the German Aerospace Center (DLR). “Using the satellite data, for example, it can be assessed whether political measures to limit climate change are having an effect and how well global climate models predict sea level developments.”

According to DLR, sea levels are currently rising by an average of just over three millimeters per year – and the trend is rising. About half of this increase is attributed to the effects of melting ice sheets and glaciers, the remainder to the thermal expansion of the oceans with rising temperatures.

In addition to the sea level, Sentinel-6 keeps an eye on the sea state and ocean currents in order to allow conclusions to be drawn about the heat transport in the oceans. Warm currents have a direct influence on the global climate – the warm Gulf Stream, for example, is responsible for the relatively mild climate in Northern Europe. According to DLR, this information is an important input variable for model calculations on climate development. All data from Sentinel-6 will be available to users free of charge.

The satellite measures the sea level to within a few centimeters,
Sentinel-6 observes the earth using six scientific instruments on board. The Poseidon-4 radar altimeter, the main instrument of the satellite, is able to measure the rise in sea level to within a few centimeters, according to DLR. Over longer time series it is possible to determine the long-term rates of change in the tenths of a millimeter range per year.

A microwave radiometer, AMR-C, determines the atmospheric water vapor between the earth and the satellite in order to use this value to make the altitude measurements of Poseidon-4 more precise. Further instruments are used to precisely determine the satellite orbit, because the exact orbit information makes it possible to determine the exact sea level. A star tracker determines the position of Sentinel-6. A radio occultation receiver is used to determine the temperature and humidity in the various layers of the atmosphere.

According to DLR, high-precision satellite altimeters have been measuring sea level as an important indicator of climate change for almost 30 years. Sentinel-6 took over from the Jason 3 satellite launched in January 2016 and will collect environmental data for at least five and a half years. The identical Copernicus Sentinel-6B satellite is scheduled to start in 2025 and continue the series of measurements into the next decade. Copernicus Sentinel-6A is nicknamed “Michael Freilich” in honor of the former director for earth sciences at the US aerospace authority NASA, who died this year, to honor him and his services to earth observation and satellite observation of the oceans.