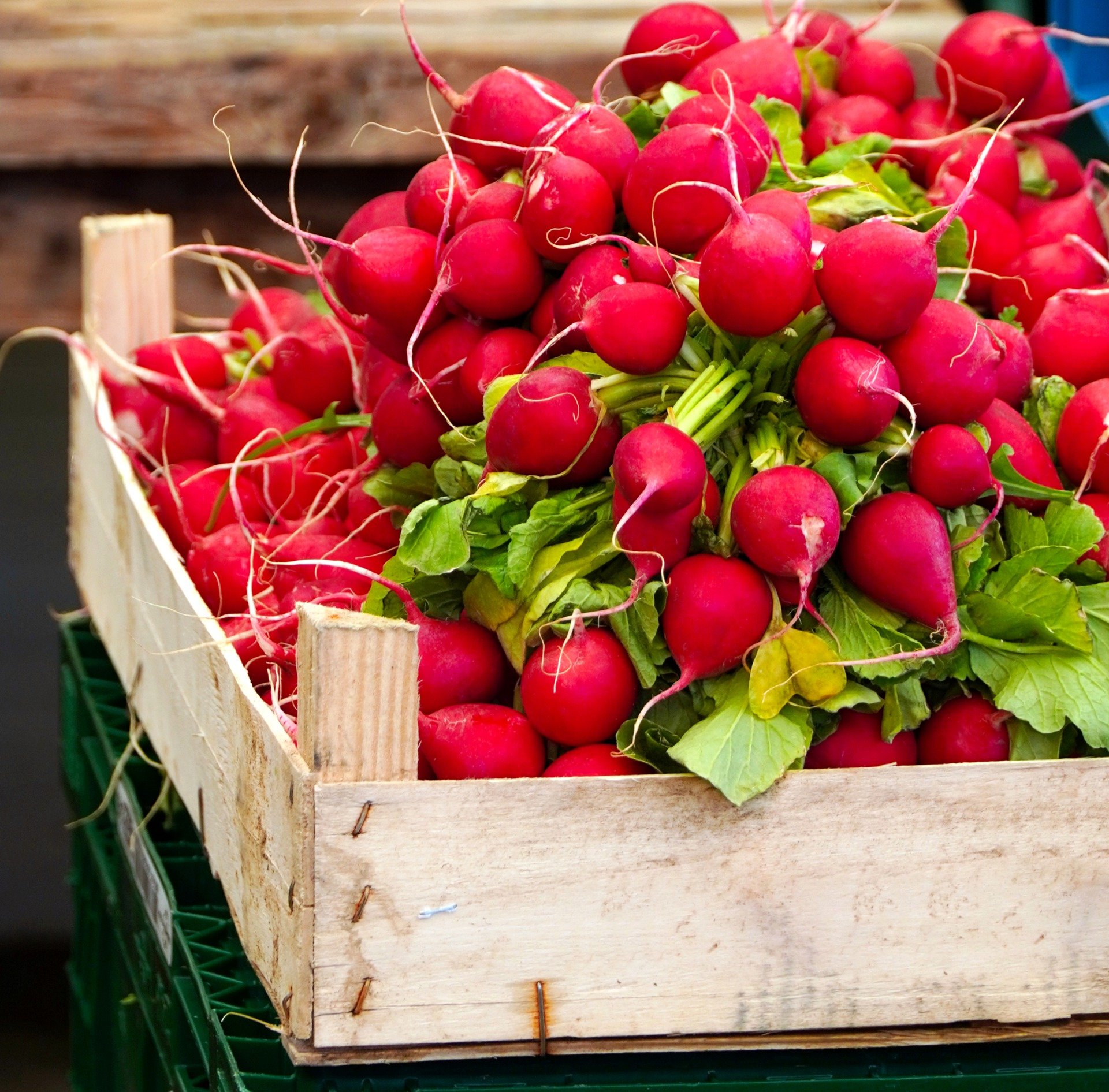 The first mild days almost invite me to sow the first cold-tolerant vegetables in the raised bed. I’ll start with the radishes. Also because they make the start of the vegetable season so easy for me.

I think radishes are grateful. Because once they are sown, I don’t need to worry about them much anymore. But how it is in the garden. If it is to be good, the new home must be perfectly prepared. So I raked the ground in the raised bed back and forth until its surface was crumbly and flat in front of me.

In the spring I often buy radish seeds as seed ribbons in which the spacing between the seeds is specified. They are a bit more expensive, but I save myself the trouble of separating the small plants in the weeks when there is a lot to do in the garden. Laying out the seed band is quick. You only need to make a flat straight groove in the ground beforehand. I like to use a round wooden stick, the length of which fits the width of the raised bed perfectly.

So that the seed tape is continuously moist over its entire length and has good ground contact, I water it twice: Immediately after it has been laid and as soon as I have firmly closed the sowing groove with soil. The soil must not dry out until germination. But even after that I keep the plants evenly moist so that the tubers don’t become furry, burst or taste unpleasantly hot.

TIP: Since some days and nights are still very cold, my first radishes grow in a cold frame to be on the safe side. But they are just as safe under a light, warming fleece or under a foil tunnel.

Radishes can be sown from March to September. For early sowing dates there are special varieties that are adapted to short days and cool nights. And germinate at temperatures between 12 and 15 degrees Celsius. These include varieties such as ‘Saxa 3 ′, the downy mildew tolerant‘ Lucia ‘and also the organic radish‘ Cherry Bell ‘.

I can personally recommend this type of radish to you: