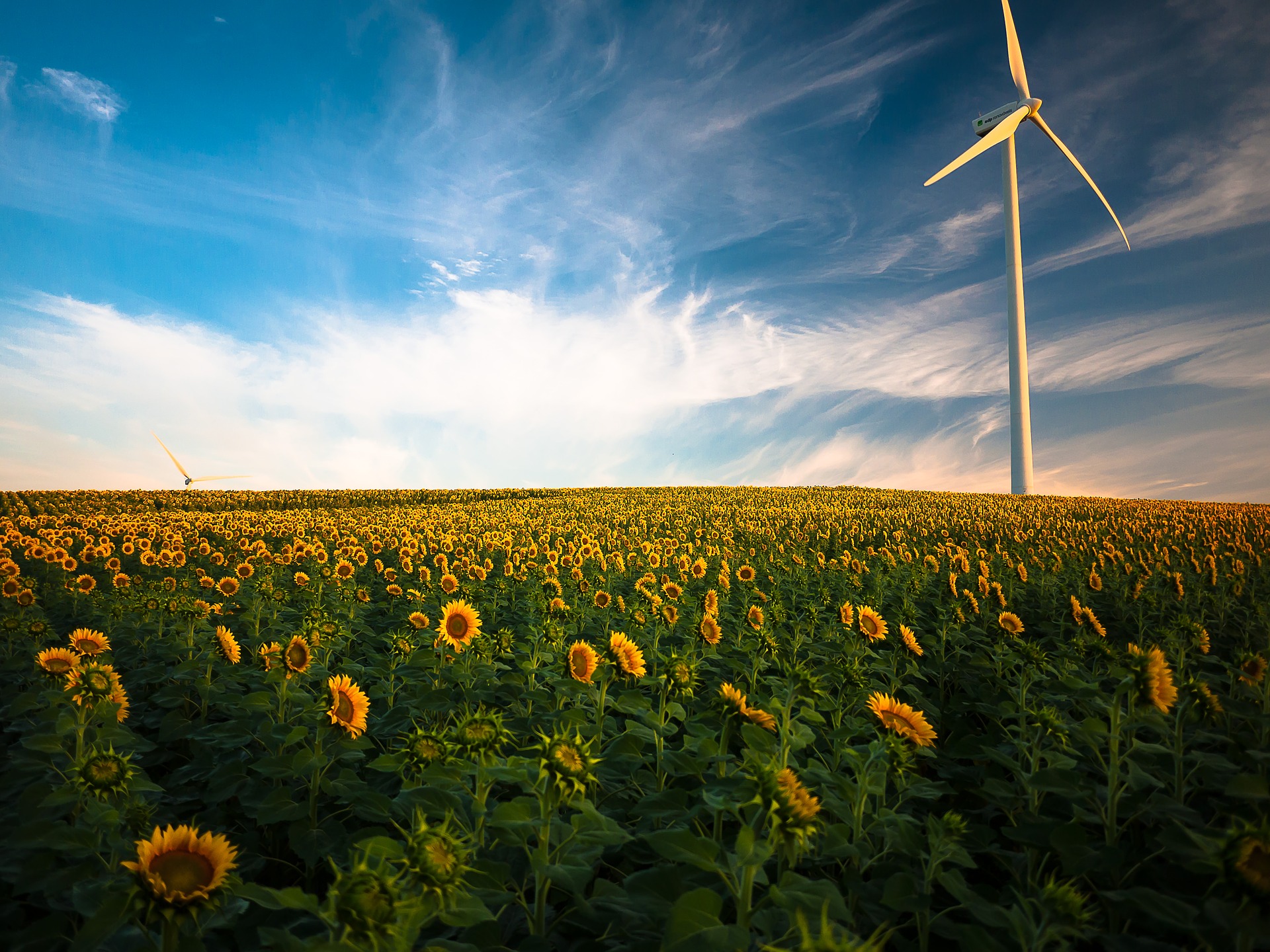 Autotrophic organisms produce high-energy, organic and endogenous substances from low-energy, inorganic and exogenous substances using an external energy source. The starting material for the formation of organic substances are the glyceraldehyde-3-phosphate molecules or the glucose molecules from the CALVIN cycle. With the help of minerals, among other things, carbohydrates, fats, proteins and other organic substances are then produced.
Heterotrophic organisms ingest these organic substances with their food and convert them in the body according to their needs using their energy. Other resulting products, such as B. Vitamins or dietary fiber play an important role as active ingredients and supplements in daily food.
Other carbohydrates such as glucose, sucrose, cellulose and starch are formed from the glyceraldehyde-3-phosphate of the CALVIN cycle via intermediate products.
Photosynthesis-capable bacteria produce glycogen instead of starch. Fats consist of glycerin and fatty acids. The production of fatty acids can take place in the cytoplasm, in the chloroplasts and partly in the mitochondrion, which then react in the chloroplasts with glycerine to form fats. The individual building blocks of proteins (proteins) are amino acids.
Plants use nitrates from the air, nitrogen fixed by the nodule bacteria, or directly absorbed ammonium ions to form amino acids. The resulting amino acids can later be converted into one another. The carbohydrates, fats and proteins formed or their building blocks then form the basis for the synthesis of other organic substances.

All living beings need energy to carry out their life functions. The energy is absorbed via certain substances, which then release or produce the required energy through conversion in the organism. For times when no nutritional products are available, it is vital for the organism to have an energy reserve from which it can now draw. But where is this energy store in the organisms?

In autotrophic organisms, the glyceraldehyde-3-phosphate molecules formed or the glucose molecules from the CALVIN cycle are the starting material for the formation of further organic substances. With the help of minerals, among other things, carbohydrates, fats, proteins and other organic substances (e.g. alkaloids, organic acids, nucleic acids, etc.) are produced, which later serve as energy suppliers for animal organisms. Plants produce their energy-rich substrates themselves and use them accordingly as energy reserves.

Since the leaves themselves represent an unfavorable storage location (predators), the plants transport the majority of the photosynthesis products (glucose) from the leaves to cells that are not capable of photosynthesis. So that the vegetable energy stores are not immediately used up again by heterotrophic organisms, the storage locations are mostly in the roots under the ground or in thickened or lignified shoot axes. The glucose is stored there in the form of starch.

Fats are less suitable for storing energy in plants. On the one hand, they would have to produce the plants separately, and on the other hand, their structure is not strong enough (strength also ensures stability). Since fat has more energy content per gram than carbohydrates, it is particularly suitable for storing energy in a small space. That is why many plant seeds are rather fatty, because there enough energy can be provided for the young plant to sprout in the smallest of spaces.

Carbohydrates, fats and proteins are the most important sources of energy for living beings as nutrients. Other resulting products, such as B. Vitamins and dietary fiber play an important role as active ingredients and supplements in daily food.
How does the formation of carbohydrates, fats and proteins take place within the autotrophic organisms?

The further reaction steps of the glyceraldehyde-3-phosphate molecules released from the CALVIN cycle lead to further carbohydrates such as glucose, sucrose, cellulose and starch via the formation of fructose-6-phosphate. Glucose is mainly stored in fruits and seeds and serves as a starting material for the formation of other carbohydrates. Glucose must first be specially activated for the production of sucrose, cellulose and starch (formation of ADP-glucose). Carbohydrates are transported to the place of consumption or storage in the form of sucrose. Cellulose is used as a building material for cell walls.

When photosynthesis is high, 30% of the photosynthesis products can initially be stored in the chloroplasts in the form of assimilation strength. In the dark, the assimilation strength is completely converted to the transport form sucrose. Starch is formed and stored as an energy reserve in chloroplasts just like in amyloplasts. The photosynthesis-capable bacteria produce glycogen in the cytoplasm instead of starch. Glycogen is otherwise synthesized by heterotrophic organisms (fungi, bacteria and animals) and deposited in the cytoplasm in flake form.

Fats consist of glycerine and fatty acids that have to be formed within the plant.
The production of fatty acids can be in the cytoplasm, chloroplast and z. T. take place in the mitochondrion. The starting materials for the formation of the fatty acids are glyceric acid 3-phosphate molecules as the primary product of the CALVIN cycle or citric acid from cellular respiration with the participation of activated acetic acid (acetyl-CoA) as the starter molecule. The fatty acids formed later react in the chloroplasts with glycerine to form starting materials for the formation of other neutral fats or other lipids, e.g. B. structural lipids, carotenoids, lignin or rubber (formation in the milk juice).

The individual building blocks of proteins (proteins) are amino acids. Plants use nitrates from the air, nitrogen fixed by the nodule bacteria, or directly absorbed ammonium ions to form amino acids. Nitrates have to be reduced via nitrite to ammonium ions with the participation of electrons from photosystem I, since only ammonium ions can provide the element nitrogen for further metabolic reactions. In higher plants, the production of amino acids in the plastids takes place with the participation of redox chains and the provision of energy in the form of ATP (in lower plants partly in the cytoplasm). Butterfly plants, which live in symbiosis with nodule bacteria, produce basic amino acids from the nitrogen in the air via ammonium ions, which are then transported to other places in the xylem with the transpiration current. A nodule can convert its own bound nitrogen 3 to 10 times per day.
The individual amino acids formed can be converted into one another and linked to form proteins.

The carbohydrates, fats and proteins formed or their building blocks then form the basis for the synthesis of other organic substances.

More and more considerations about the use of this vegetable energy for humans shape the work of scientific research institutes and environmental associations.

All animal organisms from bacteria to humans are able to break down glucose via the same metabolic pathway, glycolysis, and thereby regenerate ATP from ADP. The regenerated ATP is used as an energy supplier for many metabolic reactions, but it cannot be stored by the organism in this form. The consequence of a large accumulation of ATP in the cells would be an increased osmotic pressure, which would ultimately lead to the cells bursting. Therefore, only substances can be stored that are insoluble in water. These include the macromolecules. There are 4 groups of macromolecules: nucleic acids, proteins, carbohydrates and fats. The nucleic acids and proteins are not suitable for energy storage. Due to their properties, carbohydrates and fats are suitable for storing chemical energy.

Heterotrophic (animal) organisms are not able to produce glucose themselves and therefore absorb the organic substances with the food before they convert them in the body according to their needs. However, they are able to synthesize fat. For longer-term storage, it would actually be more effective to store only fat, but fat cannot simply be broken down into ATP and made available to the muscle cells. A carbohydrate reserve is required for this, which is then mainly is useful for short-term energy needs (mainly from the muscles). Such a store is also found in the liver, but here it is not required as an energy store but as a material store, since the liver continuously releases glucose during fasting (between meals) in order to keep the blood sugar level constant. This “loss” is compensated for.
Other reasons why the storage of fat has become the main energy store in the animal kingdom are the insulation against cold due to the poor heat conduction of fat and the protection against external mechanical influences (padding).