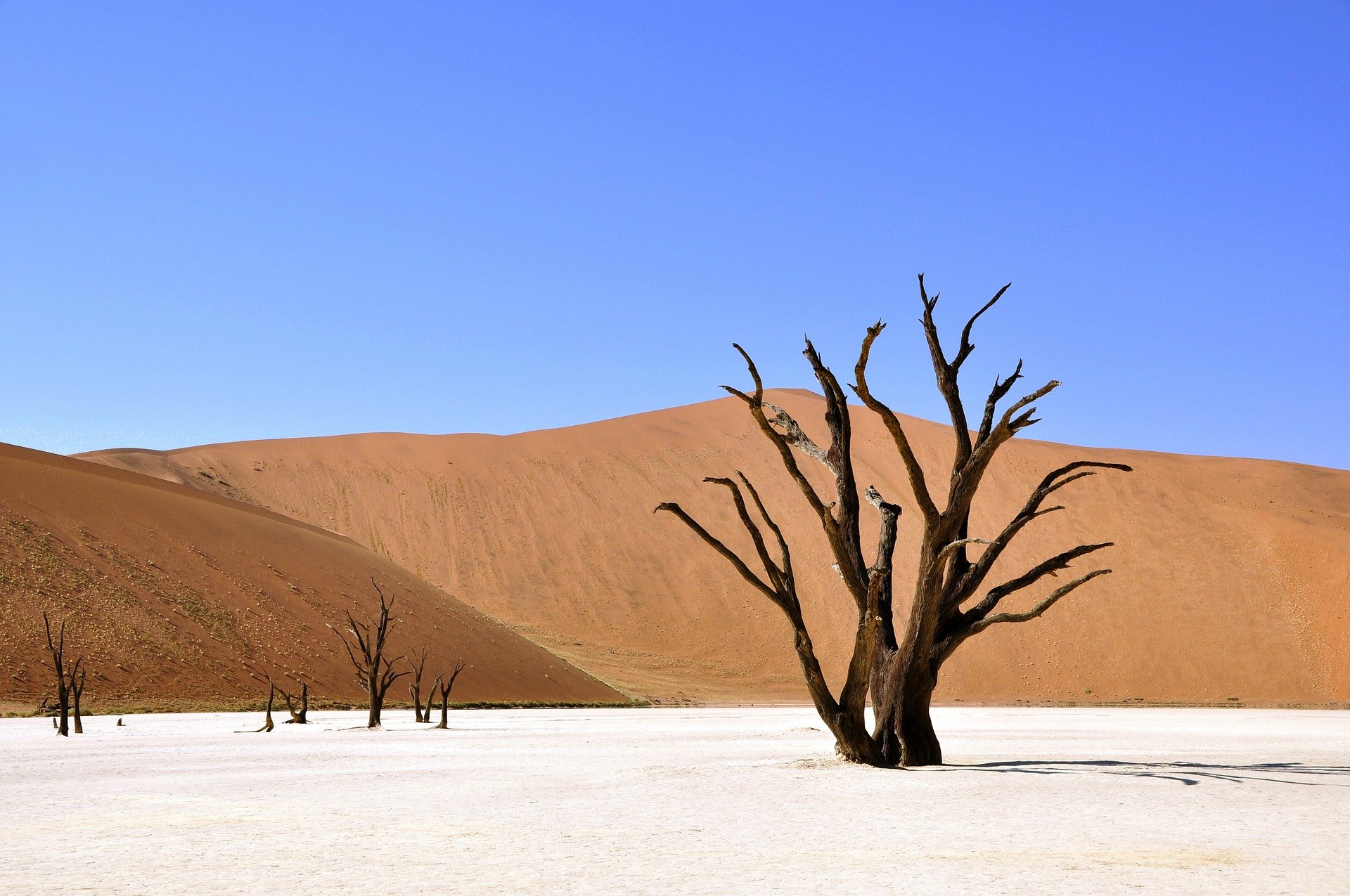 How does drought change the soil?

Even long after a drought has passed and the soil has long been soaked with water again, scientists can still tell that it was exposed to a drought.
This is shown by an experiment by researchers at the University of Manchester. They created extreme drought for a meadow in the greenhouse. The bacteria active in the soil didn’t like that at all: they lost weight and were less active. A disadvantage for the soil, because the bacteria are important for nitrogen fixation and ensure that the soil can breathe. The fungi in the soil, on the other hand, benefited from the drought.

Even two months after the artificially induced drought had ended, the original biological state was not restored: the soil bacteria had neither recovered in number nor in their activity.

When does one speak of drought?

The weather service defines drought as a lack of water, which occurs due to less precipitation or higher evaporation. More evaporation is caused by high temperatures but also by wind. A meteorological drought means it’s a month or two drier than usual.

The plants in the greenhouse also changed. Fast-growing grass species tolerated the lack of water better and spread more than slow-growing grasses. For the biologists, the experiment showed that droughts have a lasting effect on the soil as a habitat.

How do plants react to dry soil?

If the soil is too dry, this can have serious consequences for plants. If the roots of a plant notice that there is a lack of water, they send a kind of alarm signal: A stress hormone is released which ensures that stomata, i.e. the small pores in the leaves, are closed.
Stomata are important for photosynthesis, in which the plant converts carbon dioxide and water into oxygen and glucose. Through them, carbon dioxide gets into the leaf, oxygen and water get out again.

One plant can prevent around 90 percent water loss

However, if a plant suffers from drought stress, it tries to keep the water down and therefore closes the stomata. This enables it to prevent around 90 percent of water loss. How much exactly varies from plant to plant.

If the stomata are closed, however, photosynthesis does not take place. That is, the plant does not grow. It may be that fewer or no flowers are formed. Or there is less or nothing to harvest because grain, fruit or vegetables cannot mature properly. The taste of fruits and vegetables can also deteriorate.

In many countries, for example, the drought stress of plants was clearly visible on the fruit and vegetable shelves in summer 2018: tomatoes, apples and carrots remained significantly smaller than in summers when there was enough water.

In extreme cases, a plant can die

This is bad for farmers and consumers, but the situation is not yet existential for the plant itself. It only becomes that when closing the stomata is insufficient. If there is still a lack of water, the tissue in the plant collapses because there is no internal pressure. Like a bouncy castle where there isn’t enough air. The plant will wilt and there is a risk that it will die.

Too little water not only makes plants thirsty, they also starve. An international research team evaluated studies in which 26 different tree species had been exposed to drought stress in experiments. The result: even though carbohydrates and other nutrients were present, the trees starved to death. Without water, the nutrients could no longer be transported into the trees.

How do animals in the ground react to the fact that their habitat changes?

Not all animals react equally sensitively to heat and drought. Earthworms, for example, have no problem with it. Your comfortable temperature is between 10 and 15 degrees. If it becomes too warm and dry for them, they simply dig deeper into the earth. In extreme cases, they even curl up in a ball and hold a kind of summer sleep. With this strategy, earthworms can survive dry times well – but then they are missing for other animals. For example for the mole.

Moles make the drought hard to cope with

It specializes in earthworms, but lives one or two floors higher than its food when it is dry. Because moles dig a widely branched system of ducts under the earth, but that only extends to about one meter deep. Another problem for moles is their pronounced metabolism: they need around 50 grams of food a day and something to eat almost constantly, otherwise they will starve to death. Digging new, deeper tunnels only works to a limited extent in drought conditions. Instead, they look for food on the surface of the earth. But this is risky for the animals – also because they are then more easily eaten themselves.

Can a lot of rain save the ground at once?

Not necessarily. It might sound strange, but puddles or flooded areas are not an indication that a floor is sufficiently saturated with water. Because even if water collects on the surface, the soil can be very dry and need the water urgently.

This phenomenon also occurs in the kitchen when baking: an already liquid cake batter can be mixed with water relatively easily and processed into a mass. But that hardly works if there is only flour in a bowl.

If you tip water or milk on this dust-dry powder, a puddle forms on the flour. The liquid doesn’t really seep into the flour by itself. Most of the flour stays dry. It is exactly the same with dry soil: it takes until the water seeps through – the drier the soil, the longer.

The water gets into the environment

Heavy rain, i.e. a lot of rain within a short time, does not actually benefit the soil at all. The water does not seep into the ground but gets into the environment: in streams, rivers, the sewage system or in basements – a large part also evaporates.

Since the soil does not benefit from heavy rain, hardly any water gets to the plants or trees that are rooted in it. That is why the risk of forest fires does not automatically decrease when it rains.

Which rain regenerates the soil?

Dry soil can best store the missing water if it is available for a long time and evenly. Means: When it rains moderately. Not for hours, but rather for days or, in the case of very dry soil, even for weeks.

Soil is happy about English rain

It is a type of weather that is also known as English land rain and puts many people in a bad mood. This long-lasting rain helps nature immensely, because the water can slowly seep into the ground over a long period of time and neither drain nor evaporate. Continuous light rain ensures that the water seeps exactly where it is needed.

How long does it take for soil to store enough water?

Soils are generally poor at absorbing water. Water seeps in slowly. In general, heavy soil needs more time to recover than light soil.
Heavy and therefore good soil contains a lot of clay and can therefore store water well. However, it takes a relatively long time to absorb water. It only creates around five millimeters of water per hour of rain, explains climate researcher Andreas Marx from the Helmholtz Center for Environmental Research.

Lighter, sandy soils dry out faster, but also absorb water more easily: According to Marx, two to three centimeters seep into the soil within an hour.

It can take months for the soil to recover

If a summer is very dry, as in 2018, for example, it takes months for the soil to recover. Even if the top layer, the topsoil, stores water again, it takes a long time for the water to seep into the deeper soil layers. Because the main precipitation falls in winter and then the soil slowly sucks up again.