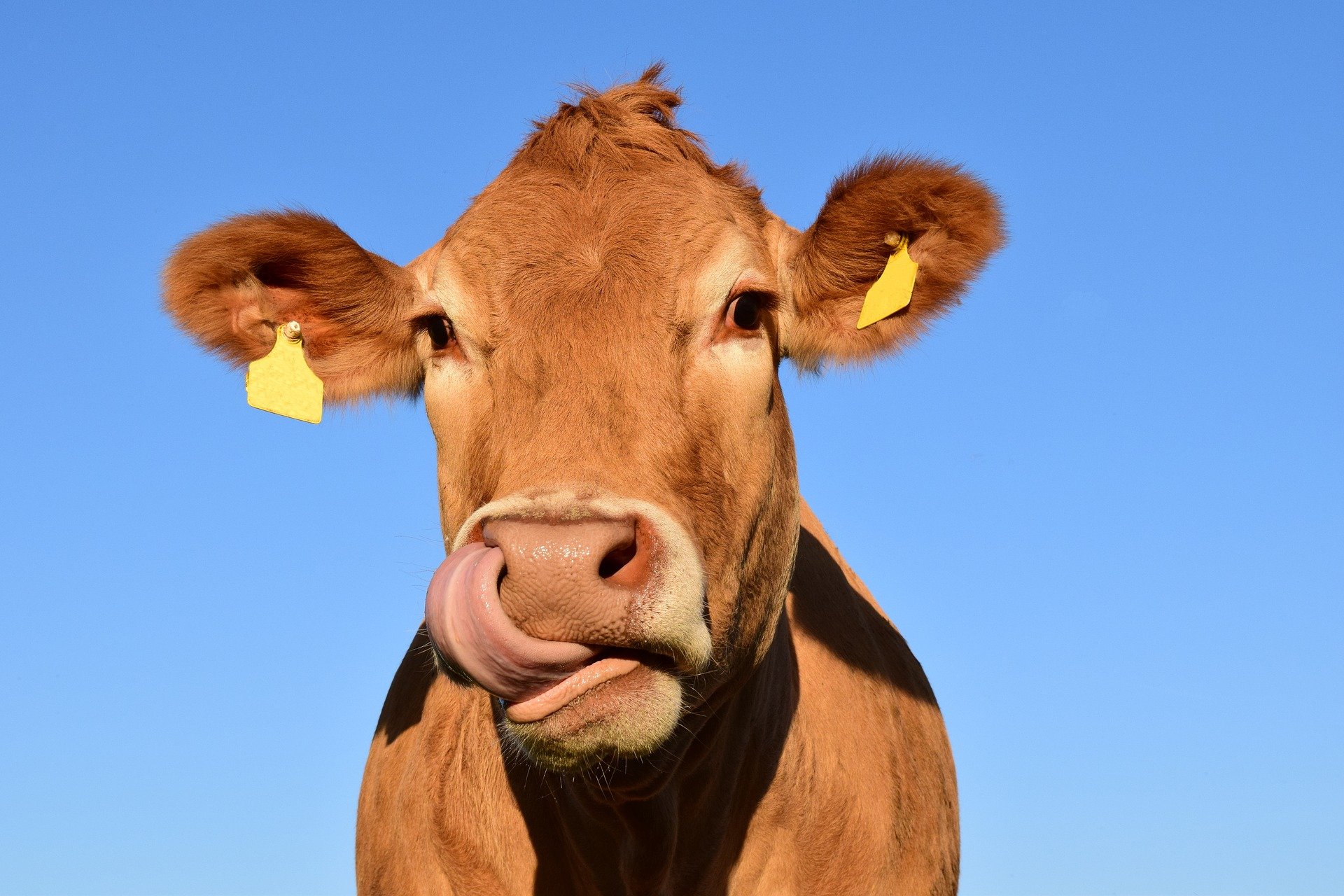 A peaceful morning on the mountain pasture, but suddenly a cow is standing in front of you, ready to attack? With the right behavior, you can avoid that.

Cattle are generally peaceful escape animals. But you have to expect
that they treat people with mistrust. That depends on whether the beef is used to people, but also on what experiences it has had with people so far.
Many hiking trails lead across pastures. You should of course only enter if there is a gate or turnstile – simply climbing over a fence into a pasture is trespassing in case of doubt. You should close a gate behind you when you have opened it.

Cattle feel uncomfortable if you disturb them in their individual area. This is the distance at which one species can approach the other without evoking evasive or attacking reflexes. How far it goes varies from cow to cow. The greater the distance, the better.
You should especially stay away from cute calves. Because they are protected by their mothers with full physical effort. In the first few weeks the cows hide their calves in the grass. With tall grass in the pasture, you should therefore be particularly careful not to overlook any calves and thus fall out of favor with the suckler cow.
Particular caution also applies to bulls: They protect the herd and can also defend aggressively. However, bulls are almost never found in herds in hiking areas.

The same applies to cattle as to all animals: just touching them is not a good idea. Stroking young cattle in particular doesn’t really matter – but when in doubt, the animal simply doesn’t feel like you.
By feeding them with bread or apples, for example, the cattle can lose their respect for people and demand more feed from the next hiker with a nudge. With an animal weighing 700 kilos, this can be painful or even dangerous for us humans.

If you hike with your dog: It is best to avoid completely entering cattle pastures. Cattle tend to consider dogs their enemies because dogs are related to the wolf. At the very least, your dog should be leashed and obedient to minimize the risk. Barking can also startle cattle and, under certain circumstances, provoke a defensive attack – especially if there are calves nearby.
If a cow should attack your dog: let him off the leash and do not interfere! With luck, your dog will manage to escape like this. You cannot help him by intervening.

A sign of malaise is when the cow shakes its head to the side or up and down. The more jerky the movements, the more emotional the animal is.
When a cow moves its chin towards its chest, i.e. brings the forehead-nose line behind the vertical, that means: stop it, don’t do it any more. Further signs of malaise are threatening gestures in the form of snorting, scratching with the claws or putting the ears on the side.
It is different when the nose is stretched out: “That is often curiosity. But they shouldn’t be promoted ”.
If the cow should attack anyway: If there is a way to escape the situation, then use it! Rescue yourself behind the gate or over a fence.
In an emergency, making yourself big and making noise can also be a strategy. This can be threatening for cows and they withdraw. However, there is no guarantee that it will actually work.