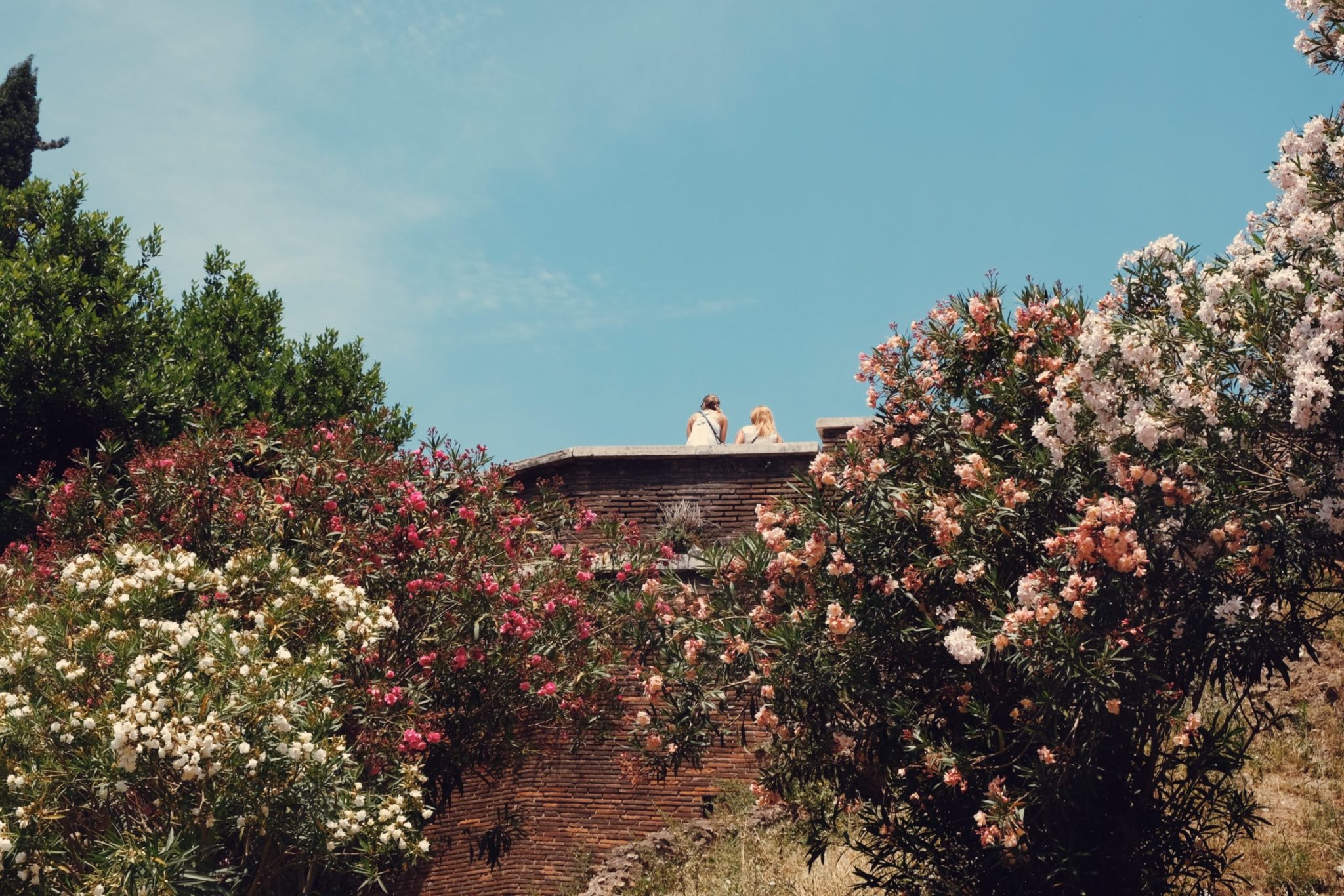 Shrubs are ideal for garden design because they are very adaptable in terms of size and color. Garden shrubs are roughly to be found in size between trees and flowers and they are available in an almost inexhaustible range of colors, which is why they are optically recommended for most gardens. Our TOP 10 list of shrubs shows which shrubs are so dear to most German gardeners. 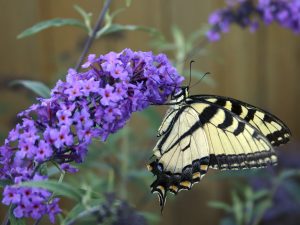 The butterfly bush is an import from Asia, but it also makes gardeners’ hearts beat faster in our latitudes. And that of useful garden animals: The butterfly shrub has its name right, because bees, bumblebees and pigeon tails also love the intensely smelling butterfly lilac. This shrub is a summer bloomer, prefers sunny locations and, depending on the variety, not only has flowers in lilac, but also in white or purple. The height also varies depending on the variety: dwarf forms have a height of about 120 centimeters, but there are also larger varieties up to three meters high and wide. 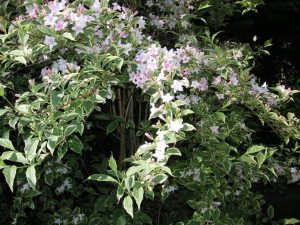 Due to its special blooming pleasure, the Weigelie with its pink and white flowers is very popular in German gardens. The chicken foot family originally from Asia (East China, Korea, Japan) has its heyday already at the end of April or beginning of May and needs a very nutrient-rich soil. For the blooming in full splendor, the Weigelie needs a lot of sun, so a sun-drenched location. But it also tolerates winter very well and stays green until autumn. 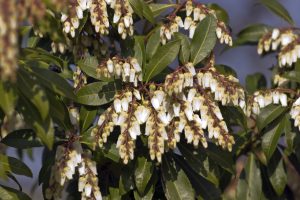 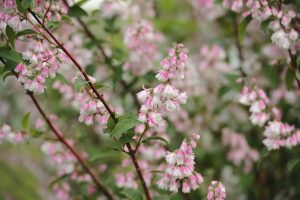 The hydrangea plant Deutzie – also called may flower bush or star bush – should be planted in your garden in autumn or spring. You can plant these ornamental shrubs as a hedge or solitary, but always in a light sandy soil and not in the shade. If you do everything correctly, the Deutzie shows its numerous, magnificent star-shaped flowers in early summer from April to July – and that at a height of up to 4 meters! This plant also feels at home in the tub, as long as it is big enough and the tub plant is watered regularly. 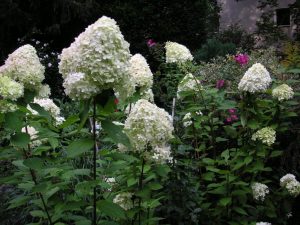 The hydrangea has many species, of which the shrub species is particularly common in this country. After it had gone somewhat out of fashion in the meantime, the hydrangea is now being planted again due to its special flair. The blue hydrangea is particularly popular, but if it is cared for incorrectly, it quickly turns pale. Hydrangeas are evergreen, also feel good in the tub and bloom from March to August. Depending on the variety, the hydrangeas then bloom in many different colors – and when they fade, they change color several times. 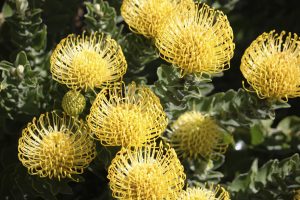 Accompanied by a delightful honey scent, the deciduous spring bush shrub blooms in May and thus attracts numerous insects. In a damp soil, always supplied with fresh peat and with enough space, heat and sunlight, a plume bush can thrive very well and undergo wonderful discolouration over the seasons. Thanks to its slow growth, however, it does not require a cut. Only the removal of dead shoots and careful thinning out may be necessary depending on the situation. 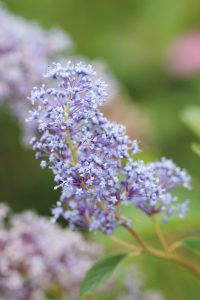 The sack flower can be described as a real bloomer, at least as far as the blossom is concerned. It is only between August and October that the hardy plant shows its ornamental flowers that hang on the branches in grapes and lilac-like. Depending on the variety, this ornamental shrub has a stature height of 30 cm to 250 cm, grows very bushy and is quite undemanding to care for. The only thing that should be taken care of is a well drained, chalky, sandy to slightly loamy soil. These bushes thrive particularly well in a sunny to partially shaded spot. 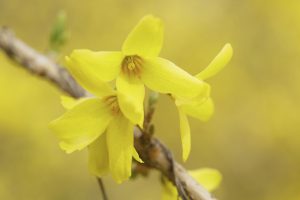 Certainly one of the top shrubs in German gardens. There is hardly a garden in which the multi-layered splendor of the yellow forsythia flowers cannot be found. No wonder, after all, the pretty forsythia is very easy to handle, does not make any special demands on the soil, can thrive in both the sun and shade and is one of the most resistant garden plants. Flowering begins in spring, between mid-March and mid-May. Tip: At the same time, flowering forsythia bushes mark the starting signal for cutting the roses. 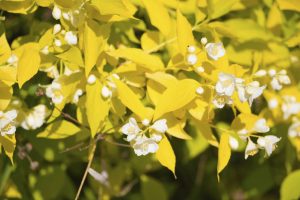 Native to southern and south-eastern Europe, the pipe shrub has certainly found its way into German gardens due to its wonderful evening fragrance. It not only pleases people, but also many useful insects. The leaves in their strong yellow are an eye-catcher for every garden. In hardy soil, with plenty of water and in the sun or partial shade, the hardy pipe bush is versatile and very robust. In ideal circumstances, it can grow up to 4 meters high. 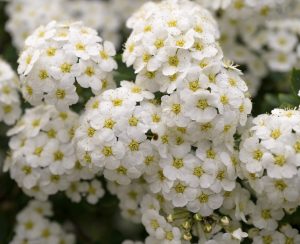 A good winterproof idea for your garden is the snowball. It comes from a large family of approx. 200 musk plants and feels comfortable in any common garden floor and with sun or partial shade. However, the snowball does not like a lot of drought and needs a protected location. Placed in this way, the approximately two meter high snowball rewards with an extra-long bloom from May to September. A variant of the snowball, the evergreen cushion snowball, is also worth a look as a ground cover.