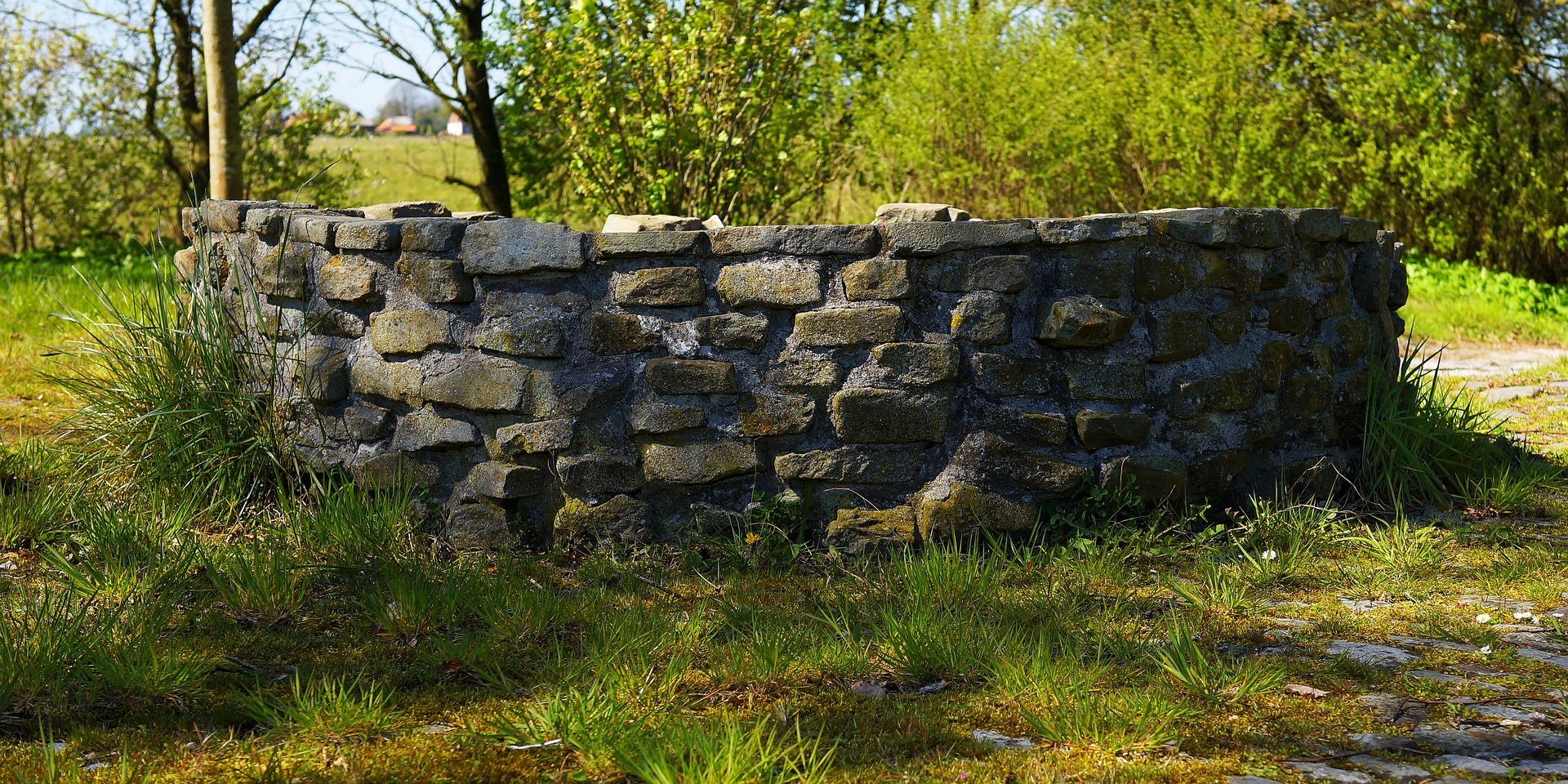 Fountains in the home garden are a stylish decorative element and ideally they provide free water. No wonder, then, that they are becoming increasingly popular. But whether newly built or already years old, it can happen that the well water stinks. This can have different causes. Typically, the smell tells you where the problem is.

If a chlorine smell is noticed in the well water, this does not necessarily have to require countermeasures. Chlorine is mainly used by the waterworks after heavy rain showers, as this causes the soil to lose its filter function. The chlorine is used to support this task and to kill bacteria in the groundwater. Normal is a maximum value of 0.3 milligrams per liter. Sensitive noses can smell this. The body can tolerate chlorine in this small amount, but it is still advisable not to use the well water as drinking water until one or two days after heavy rain showers. By then, the smell and, accordingly, the chlorine content should have submerged.

Over time, all kinds of substances settle in the well, especially if it has a continuously high water level and only little well water is drawn. Many well owners clean / disinfect their free water source with cleaning agents that contain chlorine. The chlorine is distributed in the water and may linger on the walls of the well. It requires a thorough flushing of the well and / or a complete exhaustion of the well water in order to remove all residues of the chlorinated cleaning agent. If you have a lot of patience, you can wait until the chlorine has evaporated. The higher the well walls and the water level, the longer it takes.

Tip: Instead of cleaning with agents that contain chlorine, so-called UV processes can be used. These destroy bacteria just as reliably as chlorine.

Oil smell with or without an oil film

The smell of oil is often noticeable after a new well has been put into operation. Although it is forbidden, some well builders use a so-called cutting oil for construction machines / well drills because it protects against corrosion, among other things. However, it is insoluble in water and often settles on the walls. When it comes into contact with water, a light oil film usually forms and, above all, there is an oil smell. The well builder should be informed immediately and asked to remedy the problem.

There is not always an oil smell and oil film on the well builder. It is quite possible that oil from the surrounding area has entered the groundwater. This can result in an oil change in the neighbor’s car or in an engine oil runs on an unpaved surface. Other causes of oil in the groundwater are also possible. The problem can usually be solved by emptying the well until the odor and oil film have disappeared.

Note: If the oil smell cannot be easily removed and it is ensured that there is no oil pollution on your own property, the environmental agency should be called in to get to the bottom of the cause and to solve the problem.

If well water stinks of mold, as it is often known from ponds, then this is usually due to intensive biofilm formation in the well or in the pipe systems. This is a slime that increases as the amount of odor increases. In well areas and pipelines, it is made up of the following substances:

The mostly tough mucus is often difficult to remove. Various products are available that can be used to clean pipes yourself. The best and most reliable thing to do is to hire a specialist company who will take care of pipe and well cleaning. When building a well, care should be taken that only smoothly coated materials are used, because the slime mainly settles on rough surfaces.

If the well water smells of feces, it is definitely the ingress of extraneous water from drainage pipes. Basically, only a well builder or a plumbing specialist can explain why and why. The cause must be investigated and the damage repaired. Then pump well water until it no longer stinks of faeces.

The following are often possible causes:

If the well water generally smells putrid or if the smell of the water is reminiscent of rotten eggs, the causes are mostly organic or inorganic substances that are in the earth. A foul smell can come from compost, which is supposed to rot in the earth, as well as from artificial fertilizers. Through watering or rain, the substances get deeper into the ground. If hydrogen sulfide forms, a foul odor occurs that spreads to the groundwater system. If the groundwater reaches the well area, the stench rises upwards and of course into the well water.

Rusty pipelines in the area or other iron and manganese in the ground can give the water in the well area a typical metallic odor. This can also be tasted. As the odor increases, the water turns reddish-brown. It stains fabrics and other metals.

If a rusty pipe in the ground is to blame for the metal smell in the water, it is important to locate it and replace it with a new one. Smaller metallic objects that are at the bottom of the floor can also be responsible. This must be searched accordingly and the water pumped for it. For clear, metal-free water, after removing the “culprit”, it is sufficient to pump out the water or to take it from the garden fountain as far and often as possible. When fresh, metal-free groundwater flows in, the rust color disappears quickly and it no longer smells of metal.

Conclusion
If well water stinks, it can have various causes. It becomes more expensive and / or time consuming if the problem is underground. The most common thing, however, is the putrid sulfur smell, which can be easily controlled with suitable filter technology and a little patience, as described here.