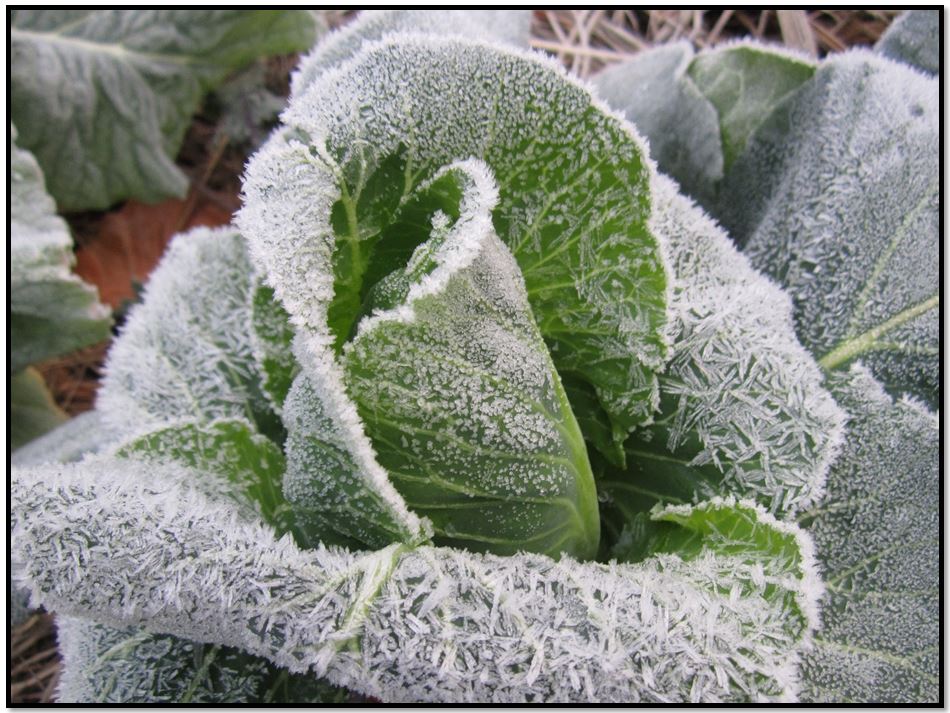 Why is kale only harvested after the first frost? Of course because it tastes better then. But why does it taste better then?

When it gets frosty, the kale season begins. The winter vegetables are only harvested and eaten after the first freezing temperatures. But why actually? Every kale gourmet would say because it tastes better.

ON THE TRACK OF GREEN CABBAGE TASTE

But what is the scientific explanation for the special taste of Brassica oleracea, the Latin name for kale, in the cold season? Scientists have got to the bottom of the question. The researchers have published their results in the specialist journal Food Research International.

The teams headed by Prof. Dr. Nikolai Kuhnert exposed three different types of kale to normal and cold temperatures. Then they examined the respective leaf material for its ingredients.

IN THE COLD CREATES SUGAR

The scientists discovered that kale converts complex carbohydrates in the cell walls into smaller sugar molecules at cold temperatures. These are all sweet and make the kale taste better. The analyzes showed that the plants exposed to the cold mainly produced the sugars fructose, melibiose, maltose and raffinose in increased concentrations.

The sugar particles are something like the antifreeze in kale. The plant makes use of the so-called colligative properties of sugar. That means: the more sugar particles are dissolved in water, the lower the freezing point. For reasons of self-preservation, the kale plant also endeavors to prevent the water in its cells from freezing. That is why it has to increase the number of particles in the cells during frost. That is the reason why the kale forms many sweet sugar particles from the complex cell wall carbohydrates during frost. When dissolved in the cell water, they protect the cabbage from frost.